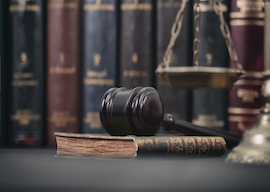 KANSAS CITY—If you asked any American in, say, 1963 what he thought of the right to legal counsel, you would have gotten a 99 percent response:

Hell yes, everybody is entitled to a lawyer.

The most popular courtroom drama on TV at the time was Perry Mason, the Raymond Burr series about a criminal defense attorney who almost always got his clients off. Perry Mason was a hero because he protected private citizens from the machinery of the state.

How America has changed.

Today we’re fast moving toward a 99 percent response in the other direction:

Hell no, he doesn’t deserve a lawyer. He’s a (take your pick) terrorist/child molester/rapist who deserves to be (take your pick) executed/locked up forever/tortured at Guantanamo because he (take your pick) shows no remorse/used his privileged position to hide crimes/destroyed lives/oppressed minorities.

And the most popular courtroom drama on TV is Law & Order, in all its various incarnations, making heroes of cops and prosecutors. Discovery ID, the true-crime channel, has a 24/7 lineup of shows that feature 90 percent interviews with law enforcement figures, 10 percent defense attorneys. We’ve become a country that no longer believes in “innocent until proven guilty,” even when we say we do. There’s a word for a culture that believes so strongly in law and order that its prisons are full, its laws are rigid (three strikes and you’re in, no mercy allowed), and its citizens divide themselves into Us (the law-abiding) and Them (the lawbreakers), and that word, unfortunately, is “fascist.” When someone goes to jail, we don’t think, “My brother screwed up,” we think, “I hope he never gets out.”

And what’s really odd is that the Democratic Party, once a strong defender of the rights of the accused, has turned even further to the right than the Republicans. The once-sacred adage, Better for a hundred guilty men to go free than for one innocent man to go to prison, is considered laughable today. Democrats are in favor of laws that allow people to be tried more than once. If he gets off in state court, try him again in federal court on “color of law” civil rights charges, and change the charges just enough that it’s not double jeopardy. Even though it is. They’re actually pushing through legal technicalities that allow them to get around the Constitution itself.

“Frank Jackson believed so strongly in the right to counsel that he sacrificed his own self-interest to make sure a hated man received a fair trial.”

By the way, I didn’t pick the year 1963 out of a hat. That’s the year the Supreme Court decided Gideon v. Wainwright, the case that established the Sixth Amendment guarantee that everyone can have a lawyer. That’s why it’s part of the Miranda warning: If you can’t afford a lawyer, the state is required to provide one for you.

But look what just happened to Ronald S. Sullivan Jr., a Harvard Law professor and one of the nation’s top criminal defense attorneys, when he joined the Harvey Weinstein defense team in January. Harvard students protested, the university ordered a “climate investigation” (whatever that is), and he eventually lost his credentials as a dean.

Let me just state the one percent position here, since nobody else is doing it:

The measure of a great attorney is that he takes the most unpopular client in the world, accused of the most horrendous crimes in the world, and gives him a vigorous defense. This is the essence of our system. It’s fundamental to what makes us different from France, Russia, China, or even England, where the rights of the accused are much more vaguely defined. Sullivan taking the Weinstein case should have been a teaching moment, a chance for Harvard Law students to study the nitty-gritty of how you defend one of the most despised defendants in history. Instead, a huge group of students at a liberal university decided, “Harvey Weinstein doesn’t deserve a lawyer, and any lawyer who defends him is guilty by association.”

Strange times we live in.

What we need is more guys like Frank Jackson. For almost four decades Frank has been practicing criminal law in Dallas, which is about the worst city in America for a man accused of a felony. They don’t just have hanging judges, they have hanging juries, hanging grand juries, and often a hanging media. Every case he handles, from drunk driving to murder, is an uphill fight against a system stacked against the defendant. His only weapon is the Constitution.

In 1984 a Moroccan man named Abdelkrim Belachheb walked into Gianni’s nightclub in North Dallas and gunned down six people. Belachheb was a 39-year-old playboy and amateur gigolo who was well-known in the club, but on this particular night he hit on a woman who called him “a monkey” and that made him snap. He went to his car, got a gun, came back inside, and became the worst mass murderer in Texas history.

Besides being a mass murderer, Belachheb was just an all-around nasty person. So after he was charged with mass murder, everyone assumed he would get the death penalty. He was a foreigner, he was a violent killer, he had no money for a lawyer, and a whole nightclub full of people had seen the crime. I was a reporter at the time and spoke to a woman describing herself as his girlfriend (he had more than one), and she told me that he was basically suicidal while awaiting trial in the county lockup and that no lawyer would take his case.

I wrote an article suggesting that maybe the Bar Association should get involved and find this guy a lawyer. It was too complicated a case for a public defender. A few days later I got a message through channels that Frank Jackson would entertain the notion of defending Belachheb if Belachheb asked him. Frank Jackson was the only lawyer who volunteered for the job, and I’m sure it cost Frank money because Belachheb had no ability to pay and no conceivable way of making money in the future. I got the message to Belachheb: “You’re in luck, buddy, one of the best trial lawyers in the state will take your case.”

And I actually thought Frank had won the case when he presented evidence at trial that Belachheb was brain-damaged. Usually an insanity defense has no hard evidence like that, but Belachheb had been beaten over the head with a rubber truncheon while he was in a Middle Eastern jail, and the result was damage to parts of his brain, visible on a scan, that controlled impulses. The hanging jury that tried him disagreed and sentenced him to six life sentences in prison and none in the psycho ward. They apparently didn’t believe the brain scan. I checked on him a few years later and he’d committed so many additional crimes in prison that his sentence had become six life terms plus 126 years—he had set all-time records as a discipline problem in the Carson Unit of the Texas Department of Corrections. (Most of the discipline problems, by the way, indicate that he probably was deranged. Juries that send guys like Belachheb to prison instead of psychiatric detention are endangering the lives of everyone who works in the facilities where they serve out their sentences.)

My point is that Frank Jackson believed so strongly in the right to counsel that he sacrificed his own self-interest to make sure a hated man, a man who was not even a citizen, received a fair trial. Belachheb got his fair trial, and even though Frank didn’t get any better deal for him than a public defender could have gotten, it became impossible for Belachheb to claim “inadequate counsel” on appeal. The whole process was beyond reproach. The system worked, but it shouldn’t have taken the idealism of one attorney to make it work. We need more Frank Jacksons and fewer Hamilton Burgers. Hamilton Burger was the Los Angeles District Attorney on Perry Mason who believed everyone was guilty. Every week Perry Mason would make him look like an idiot because he jumped to conclusions. Hamilton Burger never did quite understand that “innocent until proven guilty” thing. He was a man ahead of his time. If they rebooted Perry Mason today, he would be the star.