This Country Is Going to Jail 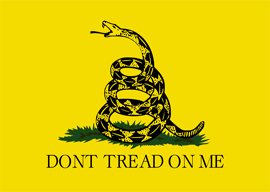 Last week we learned that the guy who made that anti-Muslim film is going to prison for a year. It is apparently now illegal to embarrass this administration. What I find even more shocking is the apathy my friends express. Their shrugs would make Atlas blush. They tell me he’s an idiot who deserved to go to jail because he violated his parole. These are people who probably smoked a joint yesterday and have committed a handful of felonies in the past week, but all of a sudden they”re sanctimonious about parole violations.

I don”t think these people honestly believe he got what he deserved. I think they”re pretending it was legit because to ponder that we are a nation under arrest is too scary. I find their apathy scarier, because if we don”t stand for something, we”ll fall for anything.

When violating the filmmaker’s civil rights didn”t stick, the feds kept digging until they found a charge. They could do this to any of us because they”ve made everything illegal.

Here in New York guns are so illegal, you can go to jail for having a paintball gun. A Manhattan storeowner just got fined $30,000 for stocking toy guns. Down the street from him, a bagel store was fined for letting crumbs hit the floor. A bodega near my house got a $20,000 fine for selling vanilla-flavored cigars. The city claims that such cigars make smoking attractive to kids, but the storeowner told me that a “city-certified vendor” had sold them to him.

I once went to jail for head-butting a guy who had struck a woman for firing him from his job. I never called the cops but he jumped into the back of a cop car to escape a beating and after he got out of The Tombs, he pressed charges.

Here in New York, it’s hard to find someone who hasn”t spent a few days in The Tombs. Former Mayor Giuliani’s zero-tolerance policies mean everyone’s subject to arrest, even his daughter. I know of several people who were sent to The Tombs for smoking a joint in an alley. I also knew one poor bastard who spent three days down there because he was selling pants from his stoop. I recently went to court for urinating in public (at three in the morning in an abandoned industrial part of town), and you should have heard the charges in that courtroom. One kid was in front of the judge for littering. He had allegedly thrown some paper on the ground.

When a man named Weldon Angelos was sentenced to 55 years for selling marijuana in Utah, the judge who sentenced him said the law was “unjust, cruel, and irrational.” That’s the scariest thing. Yes, it’s chilling to see a filmmaker go to jail because he offended someone, but often people go to jail not because the authorities have a problem with him but because some random guy does. Today, one person can have a beef with you and you”re off to jail.

When a seafood importer lost out on a bid for a lobster contract, he sent an anonymous fax to the Fish and Wildlife Service claiming that Abner Schoenwetter, the guy who got the bid, was using the wrong container. Turns out Honduras had recently decided you have to ship lobster tails in bags, not boxes. Soon after the tip, officials from the FBI, IRS, National Marine Fisheries, and Customs stormed his place and threw him in jail FOR SIX YEARS! He lost his business, his family, and everything.

The revenge war is almost as serious as the drug war. An ex-con recently told me I would be horrified to see how many men are in jail for getting in an argument with their girlfriend. Often a girlfriend will get a restraining order during a breakup. Later, the couple will make up and he”ll move back in with her. The next time they get into an argument, she calls the cops and he’s going to jail for violating the restraining order.

This is a subject where both Democrats and Republicans are equally guilty. Democrats like it when someone goes to jail for offending Muslims, and many Republicans have no problem with pot smokers going to jail. It seems libertarians are the only ones getting mad here. Everyone should be furious about this because when everything is illegal, anyone can go to jail. Police need to justify their jobs and with no lawbreakers there’s no need for enforcement.