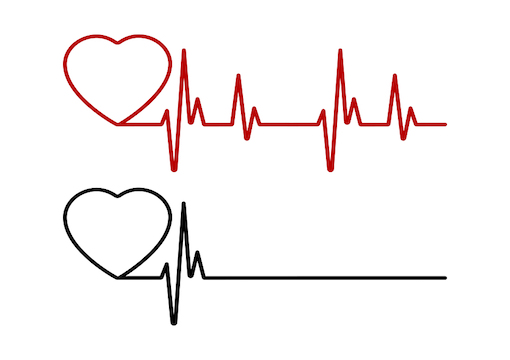 To this question a clever lawyer in the audience immediately said, “They’re not very good at arithmetic.”

Neither, I suppose, are the rioters in the United States. It is true, of course, that the death of George Floyd at the hands, or rather the knee, of the policeman called Chauvin was horrible, and perhaps even worse (for it implied something more than mere individual psychopathy) was the fact that three of Chauvin’s colleagues were watching. The picture of the policeman with his knee on the victim’s neck, his hand in his pocket and the look of a triumphant big-game hunter on his face, is not easily forgotten. Chauvin’s defense attorney, I imagine, will not find it easy to say much in extenuation.

But proportion is necessary in all things, especially in anger and outrage. It is easy to indulge in these emotions for their own sake, because they are pleasurable and soon cease to be sincere.

To the citizens of most Western countries, the numbers of people killed by the American police are rather surprising, to say the least, but so are the numbers of police killed.

“I do not think that the rioters are much interested in philosophical subtleties.”

Let us also suppose that the police are killed by black and white in the same proportion as blacks and whites commit homicide in general (again, a generous, that is to say a conservative, assumption). This means that a policeman is about fifteen times more likely to be killed by a black man than to kill a black man, and again this is not to take into account the fact that many of the police killings would be at least prima facie justified.

These figures should not be taken as being accurate to the seventeenth decimal point. They are worked out from official figures but taken from somewhat different dates, varying by a year or two; but this would not alter their rough or fundamental accuracy.

Of course, most people do not bother to look up the statistics, but in some inchoate way they know them to be true. This is shown by the Rev. Jesse Jackson’s famous (or infamous) but honest remark, which he may now regret having made, that when walking down a dark street at night he felt relief that the man walking behind him was white and not black.

None of this alters the individual responsibility of the policeman who must surely have caused the death of George Floyd. (Would the latter have died anyway, even if not under arrest and treated in the way he was treated?) Nor does it alter the responsibility of the accessories before the fact. But it does cast a strange light on the rioters, and even on the peaceful demonstrators, most of whom seem to have expressed little concern, much less moral outrage, at the much more frequent murder of blacks by other blacks, or at the comparatively high rate of the murder of policemen. (The general homicide rate in the U.S. is about five per 100,000, that of policemen fifteen per 100,000.)

Now, it might be argued that an unjustified killing by an agent of the state is far worse than any other kind of killing, so raw statistics do not apply. I can see that this argument has a certain force. On the other hand, the killing of an agent of law and order also has a special seriousness, for it undermines law and order itself. And egalitarians who uphold the sanctity of (or at least the inalienable right to) human life are ill-placed to claim that one killing is worse than another.

I do not think that the rioters were or are much interested in philosophical subtleties, however. But, for the sake of argument, let us exclude those who riot for pleasure and profit, those who merely like the tinkling sound of smashed plate glass and the cheery crackling of flames in department stores while also indulging in a little light looting.

Let us, rather, take those who demonstrated peacefully within the law; surely they were acting in bad faith while preening themselves on their own moral grandeur? They demand “justice” but pronounce guilt before it has been established by a court of law. They have over and over again proved themselves indifferent to killings by the thousands, simply because they were of no political value to them. Their indifference to facts that they must know, at least in outline, is a symptom, I would suggest, of a guilty conscience. They want at all costs to preserve their Manichaean world outlook—we good, they bad—rather than face ambiguous, disconcerting, and intractable reality. Of course, we all have this desire or tendency, but it is one that we should seek to control rather than indulge.

I could not help but recall the famous words written by Alphonse Karr in 1849, Abolissons la peine de mort, mais que messieurs les assassins commencent—“Let us abolish the death penalty, but let Messrs. the murderers begin”—that is to say to go, and kill no more.