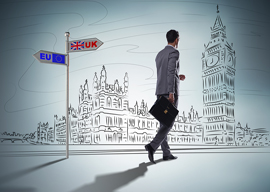 William Gladstone, the great Victorian Liberal leader, the most successful electoral politician of the age, believed that success in politics depended on right timing. This was why he often withdrew into silence, hesitating, turning things over in his mind, before coming to a decision and announcing it when he believed the right moment had come.

It has to be said that our present prime minister, Theresa May, has in this respect shown herself to be a pupil of Gladstone. Much as I dislike and distrust her, she has shown the ability to keep her cards concealed, close to her chest, until the time seemed right to play them. So, having tepidly supported the Remain side in last year’s referendum, she emerged as a prime minister committed to Brexit. Then, having repeatedly declared that there would be no general election till the Parliament elected in 2015 had run its five-year course, she made a right about turn, perfectly timed and executed, and is heading for victory with, it seems, a very large majority.

“For the moment, Brexit rules. Theresa May has calculated well.”

In contrast I wonder if David Cameron, condemned to leisure and hours on the tennis court by his own mistakes, is now brooding on the question of timing. As he glances across the Channel and looks at Emmanuel Macron, who has won the presidential election on a wave of optimism, who speaks lovingly of the European Union and yet seeks reforms that will rejuvenate it, does Mr. Cameron wonder how things might be if he had chosen to hold his referendum this June rather than last year? It was, after all, a close-run thing, lost by 48 to 52. Might the figures have been reversed”might they indeed have shown a comfortable majority for Remain”if the vote had been held after the French presidentials? Indeed he would then surely have fought a different style of campaign, optimistically committed to the E.U. rather than one that dwelled on the economic dangers of leaving. Project Hope rather than Project Fear.

This isn”t, of course, how things look in Britain today. Recent polls suggest that Brexit is now accepted by more than two-thirds of the electorate. Perhaps half of those who voted Remain seem at least reconciled to leaving the E.U. Before negotiations on the terms of our departure have even started, Brexit is seen as the new reality. Those Remainers who have fallen into line behind Mrs. May have perhaps mostly done so reluctantly, with a resigned shrug of the shoulders, without enthusiasm. Other Remainers who hoped that there would be a surge of support for the Liberal Democrats as a wholeheartedly pro-European party are disappointed. There is no such surge. The Liberal Democrats may pick up a few seats, regaining some lost in 2015, but that’s all. They have made no impression, and their own campaign has been feeble”feeble because it’s lacking in spirit and hope.