’Tis the Season for Unreason 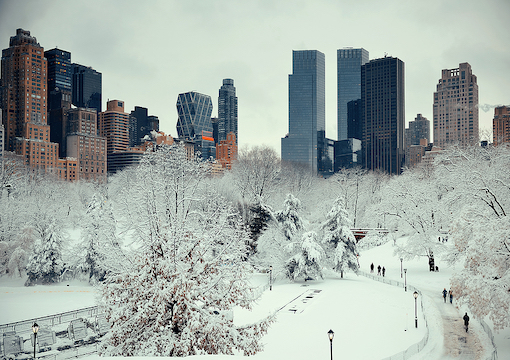 NEW YORK—Here we go again, the annual holiest of holies is upon us, although to this oldie last Christmas feels like it was yesterday. Funny how time never seemed to pass quickly during those lazy days of long ago, but now rolls off like a movie calendar showing the days, months, years flashing by. Nostalgia is said to be corny, but for me it’s one of the many joys of Christmas. Everyone remembers past Christmases, whether happy or sad, and mine are mostly the former. The date of our Lord’s birth made it possible for German and British soldiers to play a friendly football match during the Great War. Just imagine if the troops on both sides had refused to slaughter each other further and demanded that the fat generals sitting on their backsides in grand country houses miles from the front dueled each other for a change. On another Christmas Day, in 1944, I saw a Greek commie rebel coming at us pointing a rifle and someone from my house (most likely my dad) shot him dead before my very eyes. I remember feeling very sorry for the commie while he lay there for three days as the battle raged.

“Yes, dear readers, I have to get these things off my chest as Christmas approaches.”

Things are more peaceful now, but only here on the Upper East Side, which lies mostly empty. The gunfire is north, south, and east from here, the Bronx, the Lower East Side, and in Brooklyn-Queens. The latest rage is for straphangers using the subway to be thrown on the tracks in front of speeding trains. The perpetrators are always described as mentally unstable, but I beg to differ. They turn incoherent once arrested, which is rare, but are pretty coherent when they demand money from mostly aged women riding to work. Four who were arrested had unpronounceable names, none of which appeared on the Social Register, the American Bible of the extinct upper class, if you catch my drift.

Never mind. This is Christmas and I must think of good things to write. Mind you, with PR hacks and so-called influencers substituting truths with whatever they’re selling, the only voice that clearly and serenely tells it like it is nowadays, as always, is that of the Church. I recently spoke at my friend Father Benedict’s benefit for beleaguered Christians in the Middle East, and for once my speech worked. I included criticism of the Pope, who seems to be more concerned with open borders for Africans than the persecution of Christians by Islamic zealots. The latest murders of Christians at the hands of Muslim terrorists in Nigeria does not seem to register at The New York Times and other such fake-news producers. The American ambassador in Nigeria has downplayed the role of Boko Haram, the terrorist organization that kills and abducts Christians. What will it take for Americans and Europeans to wake up and do something about our fellow coreligionists? Sixty-three thousand victims to date and thousands of churches torched and we keep sending aid for fat Nigerian crooks to plunder.

The rector of St. Michael’s is Father Rutler, an intellectual who has written at length about Christianity and faith. We reminisced about conservative politics before the fifth columnists, the neo-cons, took over. Father Rutler’s definition of relativism is the attempt to realize unreality, a true gem if I ever heard one. And although he recognizes that the 19th century was bedeviled by slavery, he points out that the last two centuries have seen the boom of the abortion trade. I told him that had I been born in Virginia and inherited slaves I would have freed them right away because living with unhappy people is hell, and well-compensated workers are ten times more productive.

The mess, of course, began with the Frogs, whose philosophers decided to tear down the civilization of Christendom and supplant it with that of Reason. The war against Christianity is now at its peak, with the usual suspects blathering nonstop about a few bad apples in the Church and ignoring the millions of good ones. The 2,000 years of culture and Christian civilization that have given us dignity and individual and human rights are now ignored when some brainless moron celebrity babbles something against the Church. (Father Rutler himself is being extorted by some so-called guard assigned to him during the election. Typical.)

Yes, dear readers, I have to get these things off my chest as Christmas approaches. Much of the media are reluctant to express outrage at the beheading of Christians in the Middle East, and the genocide of Christian communities in that part of the world that preceded Islam. Mind you, following the moral demands of Christianity is not for wimps, as Bette Davis said in another context. But nor does it make sense to act like wimps when Islamist zealots murder us in our own backyards and our leaders’ first reaction is to express concern that the latest outrage might trigger Islamophobia.

This has been a year not many people will forget. Socialites have suffered the most, so this Christmas, reserve a thought for those poor dears. For the rest of you loyal readers, have the happiest of all Christmases.