’Tis the Season to Be Racist 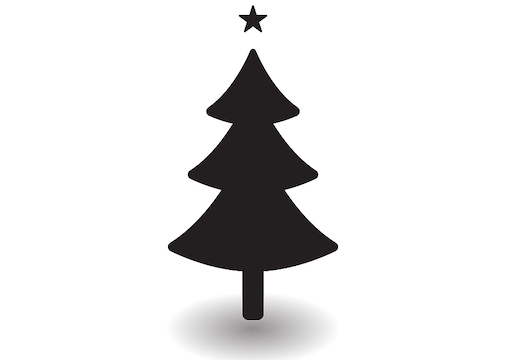 This December 25, I’m going to have a truly white (Aryan) Christmas by festooning my tree with shiny little baubles in the shape of raised right arms going ‘Heil Hitler!’ before surmounting the whole thing not with a glowing festive star, as is customary, but a large sparkling swastika—and there’s nothing anyone can do about it. After all, extremist black people are allowed to do the precise same thing these days, in terms of draping their own trees in blatantly prejudiced black nationalist symbols and regalia.

Consider this “defiant” raised BLM Black Power fist tree bauble, available for only £16 a pop on the website of London’s National Theatre (NT). Now compare it to this vintage Nazi-era box of tree decorations, including baubles daubed merrily with swastikas and the words “Sieg Heil!” or molded in the shape of Hitler’s handsome white head, like the one I intend to hang proudly on my own tree today. What, precisely, is the difference? Only that one is socially verboten in today’s increasingly racially deranged West, the other officially promoted by state-funded institutions like the NT.

“For BLM, Christmas is capitalism, and capitalism is whiteness.”

The basic idea is to get black people to racially discriminate against white people (or gullible white people to racially discriminate against themselves) by refusing to give them any of their valuable gift-purchasing funds. Doing so is to “reject white capitalism” by “circulat[ing] our dollars within our own community!” thereby to transfer their cash “away from white corporate institutions [and banks] that harm our people,” mirroring the similar “Divest From Israel” campaign.

Is capitalism really “white”? It certainly makes a nice change from it being Jewish, like the Nazis used to falsely claim. According to BLM-affiliated academic Melina Abdullah, ranting ahead of BlackXmas 2017, “We say ‘white capitalism’ because it’s important we understand that the economic system and the racial structures are connected. We have to not only disrupt the systems of policing that literally kill our people, but we have to disrupt the white supremacist system [of capitalism] that is really the root cause of these police killings.” An entire societal revolution is needed, then—and buying your Christmas presents from random black men, rather than hideously white institutions like Target or Amazon, was the first step toward doing so.

I’m Dreaming Up a Black Christmas

It seems BlackXmas was part-inspired by Kwanzaa, that pathetic anti-capitalist black non-holiday celebrated every year by literally dozens of morons too dense to realize this “traditional” African festival was actually invented in 1966 by historically and geographically illiterate black radical Ron Karenga—or “Malauna” Karenga, as he prefers to call himself in imitation of his hoped-for noble and ever-so-wise black African ancestors.

According to extremely partial whitewashing mainstream media texts like this edited extract from the apparently highly inaccurately titled 1995 book The Complete Kwanzaa: Celebrating Our Cultural Harvest, Karenga was the benign founder of “a cultural organization” called “US,” which created Kwanzaa as a means of bringing “Us” (as in, black people) “together as a community” by rejecting an alien winter festival that had been inappropriately foisted upon them by the evils of white European Christianity, a mere pseudo-religion of “spookism.” According to actual reality, however, US stood for “United Slaves” and was a radical political sect designed to foster an atmosphere of “Us” (blacks) vs. “Them” (whites), with Kwanzaa embodying the line that “you must have a cultural revolution before the violent revolution.”

And Karenga was indeed violent. In 1971, he was found guilty of torturing two black female disciples accused of slipping poisonous “crystals” into his meals. As well as whipping them naked like an evil white slave-master with an electrical cord, he shoved a red-hot soldering iron into one woman’s mouth. Once inside jail he claimed, like all blacks behind bars these days in the minds of BLM, to be a “political prisoner,” not a criminal one. Like a robin redbreast gone wrong, the red on Katenga’s official Kwanzaa Blütfahne flag design stands for his racial enemies’ blood: “We lost our land through blood; and we cannot gain it except through blood. We must redeem our lives through the blood. Without the shedding of blood there can be no redemption of the race.” Mein Kampf couldn’t have put it any better.

Just to be clear, Ron Karenga is not literally a Nazi; he just seems to share a similarly crude black-and-white mindset.

For BLM, Christmas is capitalism, and capitalism is whiteness. Therefore, the revolutionary logic concludes, Christmas is the enemy and must be destroyed. Head to the BlackXmas website and you will find that, every December, “at every turn, white-supremacist-capitalism is telling us to spend our money on things that we don’t need, to reap profits for [white] corporations.” Furthermore, “Capitalism doesn’t love black people,” as “proved” by the way “capitalism invented policing,” even though it didn’t. Much as Marx once told the workers of the world they had nothing to lose but their chains, so BLM suggests followers “shake off the chains of consumerism” by “dismantling existing structures” of financial oppression, something that must be done “in the names of our mightiest and most righteous warrior Ancestors” like Bill Cosby.

Substitute the word “white” with the word “Jewish” in all this crap, and you reveal an uncanny parallel. In the name of their own “most righteous warrior Ancestors,” a race of pure white Aryan super-Vikings every bit as fictional as the pure black African super-Zulus of Hollywood’s Black Panther franchise, the Nazis too sought to remove capitalism from Christmas—by withholding their Reichsmarks from supposedly rapacious Jewish-owned businesses, vandalizing Jewish-owned shops, and buying each other presents from “pure” German retailers instead. Nineteen thirty-five advertisements for one such formerly Jewish business reassured customers that “the department store has been taken over by an Aryan!” so was now safe and hygienic enough for innocent Nordics to shop at.

Not wanting to celebrate the birth of an unacceptably Jewish baby in Jesus Christ, Nazism sought to rebrand Christmas not as Kwanzaa, but as Julfest (Yuletide), a spurious winter-solstice festival once purportedly celebrated by the German volk’s hardy, warrior-like ancestors, in honor of the annual rebirth of the sun from the depths of darkest winter. References to Jew-Boy Jesus were hence ruthlessly excised from classic festive carols, as in this new, “improved” “Silent Night”:

Silent Night, Holy night,
All is calm, all is bright.
Only the Chancellor [i.e., Hitler] stays on guard,
Germany’s future to watch and to ward,
Guiding our nation aright.

Nazis having little time for goodwill to all men, original carols were commissioned, requesting a New Year full of “Much fighting, salvation, blessings and labor, for sure,” or warning future soldiers with stereotypical Teutonic severity that “Once you grow up you will need strong hands to master the hardships/A cold home and hard bread—stop asking questions!” As one leading Nazi newspaper argued in 1925: “At Christmas, Germans shouldn’t wish for peace on earth. We don’t want peace! It is a crime to tell our people to wish for peace. It means wishing for them to accept shame and humiliation.” No Justice, No Peace, then, as BLM also chant.

BLM’s own parody BlackXmas “Justice Carols” sound every bit as threatening, as seen in: “Hark! The fighting people sing/Listen to the news we bring!” They seem to have left off the words “or else we’ll immediately burn your shops and houses down and get away with it all,” here. But then, as their equally intimidating “Deck the Halls” remix has it:

What that verse really means is “Blacks are now above the law.” It should have been called “Deck the Cops”; fascist-era Black- and Brown-shirts have been swapped seamlessly for neo-Marxist Black- and Brown-skins. Other lines run “Police have no force we concede to” and “We’re the leaders we’ve been seeking,” which says everything about their openly antinomian nature. The German word for “leader,” incidentally, just happens to be “führer.”