To Hell With Safe Spaces 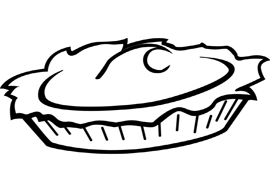 Scene: The Cambridge University Union in, as I remember, 1958. The invited speaker, Sir Oswald Mosley, the former leader of the British Union of Fascists, got up to his feet. A student dashed forward and hurled a custard pie into his face. Mosley produced a handkerchief, wiped his cheek, and said, “These people always do this kind of thing.” The pie thrower was ejected. Mosley embarked on his speech, which was generally listened to in well-mannered silence by perhaps 200 students.

Mosley was hardly a popular figure. Fascism was, to put it mildly, unpopular. The war was a live memory, even for undergraduates of 18 or 20; most of us had fathers who had served in the war against Germany, Italy, and Japan. Some of our fathers had been killed, badly wounded, or confined in prisoner-of-war camps. Mosley had been an admirer, perhaps friend, of Hitler’s, who had been a guest at his second wedding. (In later years he sometimes spoke of the FÃ¼hrer as “a dreadful little man,” but we didn”t know this.) Mosley was anti-Semitic and there would have been a number of Jews in the audience, some of them friends of mine, one, Leon Brittan, in later life a minister in Margaret Thatcher’s government. Not many there would have had much, if any, time for Mosley or his opinions. But we gave him a hearing, even a respectful one.

That was how it was then. We believed in free speech. This belief was, after all, one of the differences between democracies and dictatorships or totalitarian regimes. So, believing in free speech, we were ready to listen to people with whose opinions we might disagree, even to some whose beliefs and words we might find repulsive. So what if they were? We might be angered but not wounded. We didn”t need to be protected from words. We weren”t tender souls who might be bruised by hearing something we found unpleasant. So all sorts of people expressing all ranges of opinion, from the far left to the far right, were invited to speak at the Union, were made welcome (given a good dinner before the event) and were listened to. I recall, for instance, people raging against the iniquities of the British Empire, which I thought, and still think, to have been on the whole a good thing. So what? As children we had probably all at some time chanted, “Sticks and stones can break my bones, but words will never hurt me.”

“A school or university that provides such “safe places” for its pupils and students is better called a nursery or kindergarten.”

How different, how contemptibly different things are in so many universities today! Intolerance has stifled any willingness to hear what may be unwelcome. Try to host a debate featuring Israeli speakers at a British university today, and you will stir up trouble. There will be a demand for a boycott, threats of disruption. There will be calls for the authorities to ban a meeting likely to disturb or inflict pain on students. Sure, there’s a case against Israel’s treatment of the Palestinians in the West Bank, a case against building Israeli settlements there; but there is also a case for Israel and for the policy of the Netanyahu government, and it’s a case that is entitled to be heard, a case, university authorities might properly argue, that their students should hear.

It’s not just politics, or not politics of this sort. At Christ Church, one of Oxford’s finest colleges, a debate on abortion recently had to be canceled. Why? Well, there were men among the speakers billed to appear, and this was deemed to be offensive. Abortion, in the view of the protesters, is not a subject on which men are entitled to hold and express opinions. It’s got nothing to do with them, you see, because, while men may still be required (usually) to father children, they don”t have wombs. So the moral question”whether it is right, as well as lawful, to get rid of an unborn child, to kill an unborn child”is no concern of theirs. A man who disapproves of abortion on demand might say something hurtful. Better, therefore, to silence him.

Students, it seems, require, even demand, to be protected from any opinion that might disturb them, even from anything that might make them slightly uncomfortable. They want to live in what is called a “safe space.” By this is meant a reservation where they will hear nothing that might upset them, nothing that might impinge on their own view of reality, nothing unsettling, nothing that might make them think or lead them to question their own prefabricated view of the world. A school or university that provides such “safe places” for its pupils and students is better called a nursery or kindergarten. For that’s what it is. When you shield adolescents and young adults from opinions or arguments that they might not like, you are treating them like small children.

Maybe that’s how they want to be treated. Here’s an example. Last year a debate was organized at Brown University on the subject of campus sexual assault, which, we may agree, can be a serious and nasty thing. One of the invited speakers was Wendy McElroy, a libertarian, who was thought likely to criticize the use of the term “rape culture.” This was, of course, alarming, one student saying, “Bringing in a speaker like that could serve to invalidate people’s experience.” Other students organized a “safe space” for anyone who might find the debate “troubling or triggering.” This “safe space” room was, according to The New York Times, equipped with “cookies, coloring books, bubbles, Play-Doh, calming music, pillows, blankets and a video of frolicking puppies.” I kid you not, and it’s unlikely that The New York Times is in this instance kidding you either. These are university students, not small children, but their “safe space” was fitted out like a kindergarten. It’s pathetic.

One student did bravely venture out of the “safe space” to drop in on the debate. But she was soon back. “I was being bombarded,” she reportedly said, “by a lot of viewpoints that really go against my dearly and closely held beliefs.” I like her use of the word “bombarded,” though being “bombarded by a lot of viewpoints” in a university debate is a shade less hazardous and frightening than being bombarded in, say, Aleppo, where those under attack can”t retreat to a refuge stacked with cookies and coloring books and watch a video of frolicking puppies.