To Mock a Killing Bird 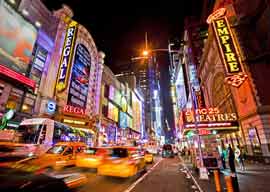 Harper Lee is the Rachel Carson of American fiction.

Okay, let me back up:

I was going to add, “because I”m Canadian, duh,” but while researching this piece, I learned that Lee’s 1960 novel had long been required reading in British schools”and when it was dumped from the curriculum two years ago, there was a massive freak-out. Hey, England, you have a bunch of your own writers, no? Ah, yes, but Mockingbird‘s “otherness” was clearly part of its rather twisted allure across the pond:

The South is an incredibly complex place, but there are British-held stereotypes about its attitude to race and class that this novel could reinforce, and even add to its appeal.

“The reality of black life (and crime and punishment and persecution) in the South was orders of magnitude more complex (and, frankly, inspiring) than the narrative presented in Mockingbird and other “civil rights” talismans.”

Which is why I”m surprised the book wasn”t taught in Canadian schools. Canadians are simultaneously disgusted by and deeply jealous of America’s colorful (that is, black and white) history. For the same reason Dante’s “Inferno” probably outsells his “Paradiso” by about a thousand to one, being the last stop on the Underground Railroad is a boon for national bragging rights, but it’s also the most boring part of the story. (There’s a reason our movie about it is only one minute long.)

Forcing kids to read To Kill a Mockingbird would give commie, pinko Canadian teachers (especially the many draft dodgers) such a smug, self-congratulatory thrill, I can”t believe they”ve denied themselves the excitement.

So everything I know about the story I know from the movie, which I understand is faithful to the original in a manner that’s almost unheard of in the annals of Hollywood: An innocent black man is tried for the rape of a crazy white trash lady; a Christ-like white lawyer called Atticus Finch defends the black guy, but the black guy gets lynched anyhow. And Hey-look-it’s-Robert-Duvall is the weird neighbor who saves the lawyer’s kids from the crazy white trash lady’s rape-y dad.

I don”t remember watching the movie, mind you, but I must have. Or else To Kill a Mockingbird has permeated the cultural water table so thoroughly”let’s face it, the book and film are secular scripture”that I”ve somehow absorbed the story through my skin.

And that permeation has been a disaster for the United States.

I don”t just mean how every fifth American movie or TV show apparently has to include a scene set in a steamy Southern courtroom, complete with slowly turning ceiling fans and lawyers in sweaty white shirts and suspenders, thundering about creationism, the Klan, or President Kennedy.

In real life, over the past five decades, how many thousands upon thousands of idiots went to law school because they wanted to be Atticus Finch? They give themselves goose bumps, repeating “Miss Jean Louise, stand up. Your father’s passin”” to themselves like it’s the Jesus Prayer. One day, they”re sure of it, someone will say that about them…