Too Fat to Fit Through the Eye of a Needle 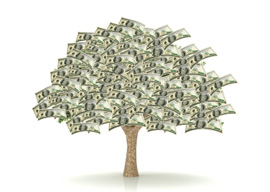 Charles Murray is a genius with a bad idea.

Murray is an expert on IQ, but while not even he might qualify as a “genius” based on his own criteria, he sure as hell fits mine: Any guy who can write a book such as The Bell Curve and somehow maintain a (more or less) respectable career is a genius.

His latest book is Coming Apart, an epic number-crunching analysis of “The State of White America, 1960-2010.” (My copy is in the mail, so I’m reacting here to Murray’s recent Wall Street Journal op-ed summarizing his conclusions.)

America is coming apart. For most of our nation’s history, whatever the inequality in wealth between the richest and poorest citizens, we maintained a cultural equality known nowhere else in the world—for whites, anyway….But there’s a problem: It’s not true anymore, and it has been progressively less true since the 1960s.

Murray claims the gap has widened because a wealthy cultural elite has created a self-contained, self-perpetuating, bicoastal colony of Ivy League schools, media outlets, white-collar professions, and be-ribboned non-profits. These people intermarry, enjoy the same food and entertainment, and produce above-average-IQ children whose only exposure to non-elites is the odd nod to the Ecuadorian gardener.

“Charles Murray has forgotten more about race, class, education, and intelligence than I could ever learn.”

So far, Murray’s thesis sounds like the stuff of “America’s Ruling Class”  by Angelo Codevilla or a Rush Limbaugh monologue.

What sets Coming Apart apart is that Murray also explains what’s happened to the rest of white America over the last fifty years: the Red Staters of flyover country, yes, but mostly the vestigial lower-class whites in places such as Boston, Philadelphia, and New York City.

Murray’s findings overturn plenty of received wisdom, left and right. His data indicate that the white working class is less religious than it used to be—startlingly, less religious than today’s elites. (So much for those folks who are desperately “clinging to their guns and religion” in Obama’s fever dreams.)

In fact, referring to this cohort as “working class” is just as archaic: The quotient of these men who describe themselves as “out of the labor force” has gone from 3% in 1968 to 12% in 2008.

Add that to the fact that upper-class rates of crime, divorce, and unwed motherhood are comparatively low. Those much-derided elites have actually replaced the poor as the salt of the Earth.

Murray declares that for the nation’s good, the elites need to “drop their condescending ‘nonjudgementalism’” and start “preaching what it practices.”