Too Many Inconvenient Truths 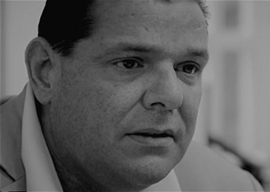 On July 18, 2011, Sean Hoare was found mysteriously deceased by London police. This is notable for two reasons.

The first reason is that Hoare was a primary whistle-blower in the unfolding crisis at News Corporation. The scandal has implicated multitudes in illegal and immoral electronic eavesdropping on everyone from an abducted teenager to Prince William and his brother.

The second and far more ominous reason is because Sean Hoare’s demise was not suspicious in any way. The London police, though already implicated in the scandal for widespread corruption through bribe-taking and callow complicity in shuttering earlier eavesdropping investigations, assure us it is so.

Naturally, only the pitifully paranoid or unsettlingly obsessed would doubt this claim.

Everyone knows whistle-blowers are by far the most likely people to generally have poor timing in all matters of corporeal termination. At the most inopportune times they are prone to hang themselves, have inconvenient heart attacks, overdose on pills, and get into car accidents in which the other parties mysteriously vanish.

“In novels and films the hero is lauded for his efforts at illuminating this world’s evils. In reality the hero is usually not identified at all, except perhaps by his remains.”

Thus, absolutely no one else was involved in Sean Hoare’s accident. It is a certainty that this will be deemed a former narcotics abuser’s drug overdose. Simple as that. We know this because we are told so (and we know to heed the master’s halt). Here are a few historical examples to erase all doubt.

Dr. David Kelly was a British scientist and expert in biological warfare employed by the British Ministry of Defence. He also became a very inconvenient figure when he met for an unauthorized discussion with a BBC reporter about the true state of the government’s dossier concerning Iraq’s supposed stockpiles of chemical weapons.

Dr. Kelly disputed claims that Iraq had the capability to fire biological weapons within 45 minutes, a major British argument for invading Iraq the second time. While Kelly said he believed it likely Iraq secreted some modicum of chemical weapons following international inspections, he was dubious as to their extent and immediate threat. Following his own inspections in Iraq, Kelly became more certain of his suspicions and spoke to a reporter from The Observer to state that Iraq did not possess mobile germ-warfare laboratories and that Iraqi claims of such devices being innocuous hydrogen-balloon production facilities were entirely accurate.

Yet what might have turned into an embarrassment for the British government and a serious impediment to its second war on Iraq was all but erased from memory when Dr. Kelly decided to kill himself. Despite numerous supportive letters and emails, a supposedly despondent Kelly went for his usual evening walk and ingested 29 painkiller tablets. Then for good measure, he cut his wrists. No one saw him do it and his family says they didn’t believe it, but what would they know? Kelly was gone, along with any hope of others in similar positions coming forward to prevent thousands of deaths and billions squandered. Naturally, Dr. Kelly’s keen sense of timing made it a good day for government and gun-sellers the world over.

Ron Brown was United States Secretary of Commerce in the first Clinton Administration, appointed following exceptionally successful fundraising. He perished in a 1996 air crash near Croatia. Weather was claimed to have been the cause, though anyone who took the extra step of investigating would have learned the storms were not nearly so severe as initially stated. Following the accident, no public contact was made for a full 10 hours. Rescuers, much as they would later be during the JFK, Jr., disappearance, were directed toward the opposite direction of the crash site. When they finally reached the scene, a flight attendant was said to be upright and conscious (but died of a broken neck before reaching the hospital).

When additional rescue crews arrived, everyone was dead. Witnesses at Brown’s autopsy claimed he had what appeared to be a bullet hole in his temple region. Obviously, they must have been mistaken. It was merely the age-old “Whistle-Blowers’ Malady” which had struck. Ron Brown (who had already stated if he was going to jail, he wasn’t “going alone”) had been under investigation by US independent counsel and nearing indictment before Congress to answer charges of corruption followed up with widely rumored interrogation regarding the Clintons’ questionable financial dealings.