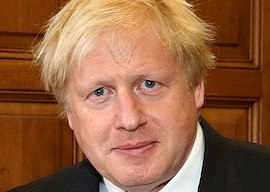 A lady once offered to go to bed with me if I could ensure her landing The Spectator’s diary. This was some time ago, but what I clearly recall is that I didn’t even try. To help her get the diary, that is. I don’t wish to start any guessing games among the beautiful “gels” that put out the world’s best weekly, but to my surprise that particular lady did get her wish sometime after, through no help from yours truly. (What I can tell you is that the above did not happen under the present sainted editor’s watch.)

I was thinking of the diary as I sat down to write because of the June 1 issue, mentioned by a reader in his letter to the editor last week. “Power to the people” was the heading of the letter, and I totally agree. Jonathan Sumption’s claim that Brexit was “an act of economic vandalism by a bare majority” (June 1 diary) is intellectual snobbery at best, and willful ignorance at worst. But who am I, a lonely Greek boy scratching out a living in a garret, to pass judgments on my intellectual superiors? I should stick to tennis and karate, two things I know a little bit about. But first, something about the dreaded C-word—no, not cocaine, a substance I know so little about, nor Corbyn, someone I really don’t want to know anything about, but C as in Conservative.

Here is the greatest exclusive since a Rothschild pigeon signaled the banker about the victory at Waterloo: The Conservatives are up shit’s creek, no ifs or buts about it. Theresa May, Philip Hammond, and the poisoned dwarf John Bercow made sure of it, among many others. I played in a couple of poker games with Michael Gove a long time ago, and he could not have been nicer, more helpful, or more polite. (No, we didn’t sniff anything.) What struck me was his intelligence and humility. But he did pull a Brutus, and although noble Romans admired Mister B, he did at the end have to fall on his sword.

“The Conservatives are up shit’s creek, no ifs or buts about it.”

Which brings us to the rest of the suitors. I like all of them, especially Sajid Javid, but it’s Boris who can mostly undo the harm done by the disastrous Theresa May. After all, he was the first to quit when he smelled a rat. And he refuses to play the elites’ game that deems anyone who dares ask about unlimited immigration or identity a racist. Mind you, good old Nigel Farage is the Achilles in this Trojan drama, but without the sulking. He’s the one who slew the cheaters and he deserves to be prime minister, but the system and the greasy hacks no like him. As if he were Puerto Rican or something. Brexit has been a boon to British fifth columnists, and there are too many of them for me to start naming. The three I’ve mentioned are enough. As previously but ever-so-elegantly mentioned, the Tories are up shit’s creek, and they are there because they asked for chocolate, got vanilla, and went along with it. Now it’s a bit late, and a fire-breathing lefty is about to move to Downing Street. But not to worry, the rest of you can all move to Gstaad, better yet to Appenzell, where the women got the vote as early as 1971.

What gets me is that people still trust politicians. In America, Democrats running for president are screaming against tech giants, vowing to cut them down, yet the same bums are conducting fund-raisers in Silicon Valley vowing to protect the unregulated giants. Go figure! American hacks are no better. There is nothing the media will not spin as evidence of Trump’s malevolence, one hysterical, lachrymose ninny by the name of Roger Cohen stating that the Trump speech in Normandy—a good one, for a change—was due to The Donald’s belief that he had led the troops himself.

But enough about such lowlife topics. It’s not easy to feel sorry for someone who has a couple of hundred million and is good-looking, young, and the best player in the world, but I thought Federer had bad luck last week at Roland-Garros. The Swiss is taking the ball earlier nowadays and attacking more, cutting down on the rallies. His game is finely tuned and his strokes more flat than spun. Indoors he is unbeatable, but the day he played and was obliterated by Nadal, there was a hurricane blowing. Nadal’s relentless brutality and extreme spins suited him to a tee. The frogs should have called off the match in order to give two champions and the crowd a better show. As it turned out, the Austrian Thiem is going to be the next Federer one day soon. He had to play four days in a row, while Nadal rested. Never mind. All three are great: Nadal is Wagner, Federer is Mozart, and Thiem is Schubert. Djokovic bounces the ball before serving too many times in order to put off the opponent, and doth protest too much, so he’s off my list of greats. (I’m sure he won’t sleep over this.) Maybe he’s Bruckner. And now I’m off to London for some fun and games, but first to karate camp with some fifty black belts for a two-day session to separate the men from the girls. Kiaii, pow!