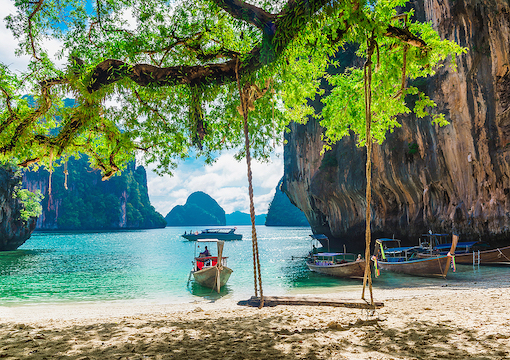 There is an ugly pox plaguing the travel industry, and it is not COVID-19. For over a year, up to 90 percent of the “calls for submission” on travel sites like Matador solicited writers from the “LGBT Community,” and “Writers of Color,” or sought contributors for LGBT/BIPOC travel guides. Last May, they stopped soliciting submissions due to COVID travel restrictions, but their editorial preferences are, or were, clear.

A new template for travel writing promoted by activist travel workshops and “travel universities” targets millennials and their Gen-Z successors: Begin with an attention-grabbing lead from a “foreign” location, then segue to a sordid confession (the more cringeworthy the better). Qualify the self-mortification with a snarky attack on anyone who refuses to support the showcased affliction, and finish with a summary acknowledging the “startling” lead.

“Travel is a gift and a privilege, not a right.”

Take, for example, the self-described online “travel hub,” Australia-based Global Hobo. In one alum’s “yarn” (“F—ing My Oppressors”), a self-described “badass Asian chick” who claims to have spent “years educating people on their white privilege” cannot “overcome the hurdles” of her sexual attraction to white men.

The majority of “tales” or “yarns” are along the lines of: “Yakuza, Spoiled Carpets and Big Cash—the World of a Gaijin Hostess in Tokyo,” “The A–Z of Bali F—boys,” or “I Got High With My Parents in Kenya (And They Didn’t Know).”

Apologists might claim that the template is merely a “woke” progression of the classic reminiscence of a travel writer “dining out on one’s own faux pas” as it were: Introduce an exotic locale, segue to a humorous anecdote that is meant to entertain, inform, and teach, and then close with actionable advice. They would be wrong.

The messaging promoted by these millennial “yarns” exceeds the immediate gag-a-maggot images of washing out a menstrual cup while “suffering” the squeals of slaughtered pigs from the nearby abattoir; or “foolishly” opting for alcohol instead of cocaine, getting blind drunk, raped, and waking up on a bench in a bus stop. Or getting stoned on edible hashish and getting your wallet stolen.

To insinuate that such puerile and irresponsible activities reflect acceptable behaviors for young travelers abroad is morally reprehensible.

A casual web search reveals: Gay Travel Magazine, Black Travel Magazine, Pink Pangea, and Women on the Road (She Explores). There is even worse travel advice out there, but the names project the messaging—grievance collecting and victimhood. The sites pretend to serve communities of undervalued souls unable to rise above “cooked-in oppression” without the “solidarity” of like-minded sufferers. The virus of identity politics is promoted as a substitute for life lessons.

These would-be progressive opinion molders and “thought-leaders” aren’t interested in sharing travel experiences, moments of discovery, or even teaching opportunities. They exist to accuse historical “oppressors,” to create a following burdened with insecurities that border on psychosis. They rage at the cruel unfairness of being born female or beg for forgiveness for being born male. They heap calumnies against heaven for being born “white” or “black” or “brown” or for being born at all. They assign shame for having been raised “hetero” or “American” or “____” (fill in the blank with the toxic “poor me” identity of choice).

Their naive acolytes are then inflicted “in the name of empowerment and equality” on foreign cultures as militants on a mission. Young women are encouraged to travel solo, ignore local dress codes, publicly exhibit their sexual independence, and confront patriarchal repression and misogyny. Editors wink at border infractions, gloss over drug abuse, and promote low-level drug smuggling, while downplaying the severity of third-world prison systems. They promote “beg packing”— traveling backpacker-style, begging for handouts to support a carefree vagabond existence. They minimize the very real risks and dangers inherent in “couch surfing” (using apps to hook up with strangers for a “free” night’s stay) and endorse stealing food from communal refrigerators as a legitimate, clever, and vaguely humorous means of supplementing limited funds.

Young travelers lucky enough to return unharmed to write about their experiences are touted as role models for successive classes of “world savvy dirtbags.” Young travelers who fell prey to robbery, rape, or worse are clucked over and canonized as martyrs.

Traveling “solo” is not safe, and never has been. Intoxication to the point of losing control, even “when among ‘new friends,’” is irresponsible and stupid. Stealing food from fellow travelers only marginally better off than the thief is inexcusable. Feigning poverty in third-world countries whose only gleam of hope may be a burgeoning tourist industry, to eke out a “carefree” vagabond lifestyle, is predatory and selfish to the point of villainy. Flaunting local laws to demonstrate liberation from male chauvinism, or to engage in illicit sexual congress, or to indulge in illegal intoxicants, can result in jail, and if American prisons are horrible places to spend one’s youth, many foreign lockups are absolutely hellish.

Any of the above behaviors, including violating a visitor’s visa by trying to work or beg to fund further travel, can invite violence, jail, and/or expulsion—true “victimhood.”

Travel is a gift and a privilege, not a right. When the world opens back up, we can all think more carefully about why we travel and adjust our behaviors accordingly. Do not take travel for granted. Travel with an open mind, within your means, and be careful not to catch or spread harmful viruses—biological or philosophical.