The Teutonic Terrorist Panic of 1917 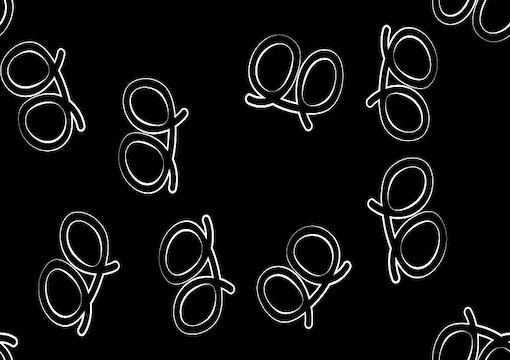 The current threat from (or hysteria over) “domestic terrorists” is often compared to incidents in Nazi Germany. Arnold Schwarzenegger referenced Kristallnacht, while I pointed out how Hitler did not let the crisis of the 1933 attack on the Reichstag capitol go to waste, but instead exploited it to crack down on German liberties. Yet, a better analog might be the Wilson administration’s demonization of German-Americans in 1917.

Although we are constantly lectured on the crucial role of immigrants in American history, the vast contributions of Germans to American culture have been vanishingly hard to notice for the last century due to the anti-German craze unleashed during the Great War, which shoved German-Americans into becoming the least assertive of our ethnicities.

For an example of how German-Americans once were far more in-your-face, when I first lived in Chicago, I was astonished to find an eighteen-foot-tall, eighty-ton bronze statue down the street depicting a muscleman holding an eagle that was said to symbolize Young Werther. Its plaque reads:

To
Goethe
The Master Mind of the
German People
The Germans of Chicago
1913.

That’s not the kind of inscription we’ve seen much of over the last century.

“The U.S. before 1917 was full of culturally confident Germans producing tributes to their own impressive civilization.”

Likewise, across the street from my apartment building was the spectacular Dewes Mansion, which a Prussian brewer had built in the hope that it would be worthy of someday hosting the Kaiser or Prince Heinrich on an imperial visit to Chicago.

Evidently, judging from these bits and pieces of history still visible, the U.S. before 1917 was full of culturally confident Germans producing tributes to their own impressive civilization.

Yet they suddenly vanished, merging into the broad American population with only a trace here and there of their former distinctiveness.

Keep in mind that Wilson’s anti-German clampdown of 1917 was not wholly unwarranted by German bad behavior.

For instance, in July 1916, German agents blew up a thousand tons of munitions destined for Czarist Russia on Black Tom Island in New York Harbor. Thousands of windows were smashed in Manhattan and the Statue of Liberty was permanently damaged. Ever since, visitors have not been allowed to climb up to the torch. West Germany finally finished paying $95 million in damages to the U.S. for the Black Tom sabotage in 1979.

The final straw that drove America into the war was the Zimmerman Telegram from the German foreign minister to the president of Mexico offering him an alliance to reconquer Texas, New Mexico, and Arizona, but not California—that was to be reserved for the Japanese if they cared to invade. (Because the world was then ruled by unstable empires, WWI was likely history’s peak for real-life conspiracy theories about plots to redraw the global map, such as Germany transporting Lenin to Russia, the Balfour Declaration, Lawrence of Arabia, the Sykes–Picot secret treaty, and the curious Hindu–German Conspiracy Trial in San Francisco.)

On the other hand, unlike the months after Pearl Harbor when it was not unreasonable to worry about the Japanese aircraft carriers striking the West Coast, the Imperial German surface fleet, having been checked in 1916 at the Battle of Jutland, was largely bottled up in the North Sea and had little way to get at the U.S.

The Great War was thus a war of choice for the U.S., with no Pearl Harbor to incite unanimity. So, while the anti-Japanese panic in 1942 California was rooted in misguided but understandable paranoia, the anti-German mania of 1917 was largely political, a contrivance abused by pro-war politicians to generate ardor for the conflict while clubbing their domestic opponents into submission.

While a few German-Americans, such as literary critic H.L. Mencken, were activist pro-Kaiser bigots, Germans in America—while numerous, prosperous, and previously respected—weren’t as politically powerful as Irish Democrats, who didn’t see much reason to support England’s war. But pillorying Germans served to keep the Irish in line.

When the U.S. declared war on Germany in April 1917 (despite Wilson having been reelected five months before on the slogan: “He kept us out of the war”), the Wilson administration launched a propaganda and censorship campaign to castigate antiwar dissent as treason and potential insurrection.

Congress passed the Espionage Act of 1917 to imprison Americans for crimes of “insubordination.”

The Sedition Act of 1918 doubled down, proscribing up to twenty years’ imprisonment for publishing disloyal language about the government of the United States. Socialist Party leader Eugene Debs was imprisoned for a speech outlining the anticapitalist critique of war until President Harding pardoned Debs and invited him to the White House.

We didn’t have tech monopolies back then to censor free speech for us for free, so the Postmaster General was instructed to block from the mails any document questioning American involvement.

By June 1917, many Americans remained unenthusiastic about the war, so the Wilson administration switched from promoting the war as a high-minded crusade for democracy and peace (“the war to end all wars”) to stoking anti-German ethnic hatred. Propaganda posters declaring “Destroy This Mad Brute: Enlist” portrayed the German Reich as a mad gorilla raping a lovely American redhead.

This push by the powers-that-be inspired a sudden Teutophobic cultural revolution as Americans rushed to display their newfound loathing for all things German. Sauerkraut was renamed liberty cabbage, dachshunds became liberty hounds, and, strangely, German measles were redubbed liberty measles.

In Cincinnati, pretzels were canceled from bars’ free lunches. Literary works printed in German were discarded by libraries and there was an occasional book burning.

The Goethe statue in Chicago was vandalized and it was debated whether to melt it down for war weapons.

A German-born baker was lynched in Illinois by coal miners and the jury acquitted his murderers.

At the more refined end of society, 29 musicians of the Boston Symphony Orchestra were rounded up and interned at Fort Oglethorpe in Georgia. Beethoven and Bach disappeared from concert schedules and the German Richard Wagner was replaced by the Frenchman Hector Berlioz.

As in 1939, it was hard to keep up with the rapidly changing political line. For example, a movie mogul who produced a patriotic silent film extolling the American Revolution of 1776 suddenly found his film vilified for being against the King of England.

By the time America finally calmed down under Harding’s “return to normalcy,” German-Americans had learned to keep their heads down. Restrictions on immigration passed in the 1920s helped American society mature. Hence, the challenges of the Depression and WWII were navigated with less of the national nervous breakdown that accompanied Wilson’s second term.

The Wilsonian forced assimilation of Germans proved helpful during World War II when German-Americans were overwhelmingly loyal. But the U.S. probably permanently lost some of the brilliance of German culture.

At least not yet.