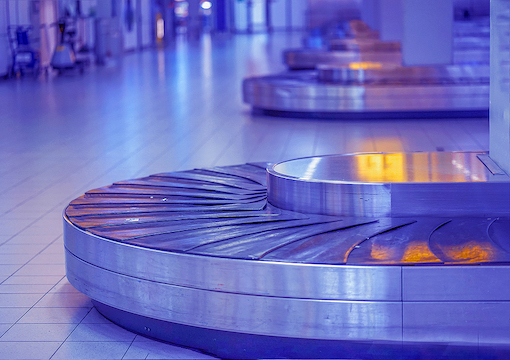 GSTAAD—While Chekhovian boredom ruled supreme, the loss of my luggage brought instant relief. Anger beats boredom by a mile, especially when mixed with paranoia about a plot against the rich. Let me explain:

On Monday, Dec. 21, I left the Bagel, destination Switzerland, checking in at the first-class counter of Suisse, as the national airline of Helvetia is now called. I was informed that I would be traveling alone up front by the friendly Afro-Caribbean lady who checked me in. Delighted by the news, I assumed that was the reason she attached no luggage stubs to my boarding pass. She had made me wait for no apparent reason for quite a while, but I had thought nothing of it at the time. Christmas spirit and all that, but it was that delay that was to set off my paranoia later.

After a perfect overnight flight with impeccable on-board service—but with first class half full—I waited in vain for my two bags, and waited and waited. Eventually I was told to see a lady who took down my details and descriptions of the two missing bags. By this time my driver waiting at the Zurich airport was convinced I had missed my flight and called Gstaad to report a missing Greek boy. Although I own a mobile, I had packed it with my books, notebooks, and documents that I travel with in case we ditch on some desert island and I have time to kill. The wife got no response ringing from our alpine home, assumed I had missed my flight, but then remembered speaking to me while I waited to board. “He’s up to his usual tricks,” she told no one in particular.

“It was an annoyance, a mere bagatelle, as they used to say in smart circles before we were all declared equal.”

She nevertheless instructed Charlie the driver to hang around some more. Charlie and I have a strange relationship. Two years ago he drove me to a tiny village where one takes a teleferique up to Wengen. The village is tiny, dark, and rather depressing, so when I met Charlie and his wife having an off-duty drink weeks later, I told her that while Charlie waited for me to go up to Wengen and back, he was recognized and greeted by name from all the fourteen hookers who live there. She fell for it and began to give him hell. I have tried to convince her ever since that it was a joke, that no hookers live in that godforsaken place, and that Charlie wouldn’t know what to do with a hooker if he ever met one, but to no avail. Charlie, too, has been a bit cold with me ever since.

After a while I was told the luggage was missing and in a few days to ring a certain number for possible news. I walked through customs, where I was stopped by an officer who looked the type of cruel amateur lepidopterist that hunts down exquisite butterflies and pins them down for gawkers to crow over. I was carrying a book, a newspaper, The Spectator, and my passport. “I had half a kilo of coke in my bags,” I told him, “but you’ve missed becoming a hero as they lost them.” It’s moments like this that make life worthwhile. The jerk looked as if I had goosed his pregnant wife, but then an older officer smiled and waved me through.

After three days of ringing a number that had a recording and no news whatsoever about my stuff, I hired a private detective, Jupiter Jones, a friend of my son’s in the Bagel, who in no time found the bags at Kennedy’s lost-and-found and strongly advised Suisse to deliver them to my Gstaad chalet pronto. All’s well that ends well, plus a couple of grand for Jupiter.

Mind you, the vitriol of the media, of the race hustlers, and by the left’s campaign against “white supremacy” in America had me convinced my bags were deliberately left out because of my first-class ticket. We’ll never know, and to be perfectly frank, no one gives a damn. It was an annoyance, a mere bagatelle, as they used to say in smart circles before we were all declared equal. And speaking of equality, everyone in this village is locked down, nouveaux riche and old rich, vulgar very new money with indoor swimming pools and entertainment areas lying empty, as empty as the town’s clubs and bars and even ski slopes.

Skiing is allowed, and everyone in my chalet—son-in-law, daughter, son, and four grandchildren—has been skiing; well, the 2-year-old between the legs of his mother, the 7-month-old on a sled. (The wife is in London, locked down in Glebe Place with three dogs; I am joining her soon and becoming a London resident forever.) One ambitious hostess was fined 50,000 Swiss francs for throwing an illegal bash. A social-climbing woman called Themis threw a bash on the eve despite warnings by the fuzz. The under-21s persuaded an unpopular Saudi whom everyone avoids to make his vulgar chalet available for a rave. The father of the unpopular one has his family tree listed on the outside walls. (All he needed to do was paint a camel.) The youngsters trashed the joint, which must have improved it, and the fuzz was none the wiser. The under-21s are threatening to do it again soon. We need a Poirot around here to stop the raves.