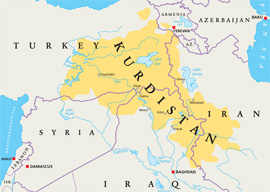 Recently, a columnist-friend, Matt Kenney, sent me a 25-year-old newspaper with his chiding that my column had been given better play.

“Is there no room for new nations in the New World Order?” was my title, and the column began:

“In turning a stone face toward embattled Slovenia and Croatia, President Bush and Secretary of State James Baker have not only put America’s chips on the wrong horse. They have bet on a losing horse.

“Can the U.S. Government seriously believe that a Yugoslavia of such disparate peoples, all of whom wish greater freedom, most of whose republics wish to be free of Belgrade, is a viable nation?”

The State Department had denounced “these unilateral steps by Croatia and Slovenia” to break free: “As Secretary Baker made clear last Friday, we will neither encourage nor reward secession.”

Croatia and Slovenia are today free and members of NATO.

A month later in 1991, George H. W. Bush, in what Bill Safire dubbed his “Chicken Kiev” speech, warned that Ukraine’s desire to break free of Moscow manifested a “suicidal nationalism.”

“Though America was born of secession, the U.S. establishment since the Cold War has been far more transnationalist and globalist than a great champion of new nations.”

Today, Ukraine is independent and the Bush-GOP establishment wants to send weapons to Kiev to fight pro-Russia secessionists.

As nationalism tore apart Yugoslavia and the USSR in the 1990s, and surged to propel British secession from the EU and Donald Trump’s triumph in 2016, that primal force appears on the march again.

“Hungarian Prime Minister Viktor Orban barely mentions his political rivals as he campaigns for a fourth term. Instead, he is targeting the European Union and its biggest members. ‘Our fiercest opponents are not in Hungarian opposition parties,’ Mr. Orban said in a speech last week, ‘They are abroad … Berlin, Brussels.’

“In neighboring Poland,” the Journal goes on, “government rhetoric is even harsher. Politicians have one-upped each other in attacking France and Germany, arguing they are forcing multicultural liberal democracy on more traditional Poles.”

Not only in the east of Europe but also in the west, nationalism is surging. Wrote The New York Times Friday:

“The accelerating battle over Catalonia’s status hit warp speed this week. Catalan lawmakers voted to go ahead with an Oct. 1 referendum on separating from Spain. Spain’s constitutional court declared the vote suspended. And Catalan politicians said they would proceed anyway.”

Yesterday, thousands of Catalans paraded through Barcelona under a banner proclaiming “Goodbye, Spain!” It was the Catalan National Day, which commemorates the 1714 capture of Barcelona by Philip V, the first Bourbon monarch of Spain.

Spain’s wealthiest region, Catalonia believes it is being milked by Madrid for the benefit of regions that contribute far less.

The question being raised by Catalonia is one America has faced before. Do peoples in a democratic republic have a right to declare their independence, secede, and establish a new nation, as the 13 colonies did in 1776 and the Confederate States of America sought to do in 1861?

Though America was born of secession, the U.S. establishment since the Cold War has been far more transnationalist and globalist than a great champion of new nations. Perhaps that is because the New World Order proclaimed by Bush I in 1991 envisioned the U.S. as the benevolent global hegemon.

Another ethnonational secession may be declared even before the Catalans go to the polls Oct. 1.