Trump and China: A Love Story 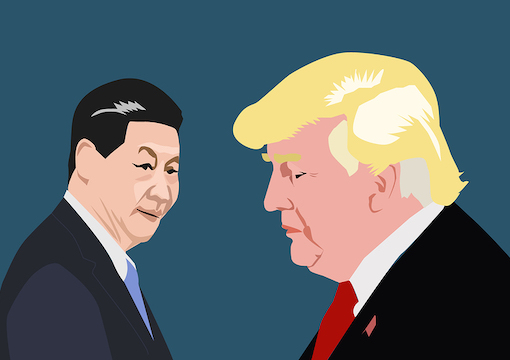 Liberals claim to be appalled that Trump didn’t issue his stay-at-home protocols for the Wuhan virus back in January or early February.

What do you think the media’s reaction would have been if Trump had started babbling about a viral pandemic in the middle of his impeachment trial?

“Tonight, impeached and indicted. Seems like a good time for a distraction: Their plan for peace in the Middle East.” — Becky Anderson, CNN, Jan. 28, 2020

“The Trump administration has dubbed it the deal of the century. Critics see it as a PR stunt to distract from Trump’s impeachment.” — Michele Kelemen, NPR’s “All Things Considered,” Jan. 28, 2020

“Many analysts and supporters of a two-state solution to the [Middle East] conflict have called the promised rollout of the plan this week a distraction from Mr. Trump’s impeachment trial.” — The New York Times, Jan. 25, 2020

There are plenty of reasons to attack Trump for the virus sweeping our country, but the media are mad at him for not doing something that would have been absurd: shutting down the country when there wasn’t a single Wuhan flu death in the nation and the media had barely mentioned it.

“Sorry about that Wuhan flu, America.”

In fact, the first time most news consumers heard about the latest Chinese coronavirus was when liberals attacked Trump for shutting down travel from China at the end of January.

The Times responded with an op-ed titled, “Who Says It’s Not Safe to Travel to China?” bemoaning “xenophobic rhetoric and the building of walls.”

Sen. Bernie Sanders mocked the ban at a CNN town hall debate, saying, “I don’t know you have to stop travel from China,” but Trump likes “to build walls … to separate us from other people.”

Politico cited “a growing chorus of public health experts” who warned that the China travel ban could “stigmatiz[e] people of Asian descent.”

The Nation magazine reported that the risk to Americans from the Wuhan coronavirus was “low” and accused Trump of playing to “well-worn, racist tropes that depict Chinese people as dirty and disease-carrying.”

So go screw yourselves, media.

On the other hand, Trump does deserve a lot of the blame for the Wuhan virus by keeping — wait, checking my notes — NONE of his promises on China. This, the media will never mention.

During the campaign, Trump sure talked a good game. He said, “We can’t continue to allow China to rape our country.” He vowed to put tariffs on their goods and bring manufacturing home.

Then he got elected, and Jared Kushner, Gary Cohn and Trump’s other salt-of-the-earth advisers told him tariffs were a bad idea. So he imposed no tariffs for two long years and, today, almost all our pharmaceuticals, face masks and other crucial supplies are still being made in China.

On the bright side, China fast-tracked all of Ivanka’s trademarks!

Trump has allowed hundreds of thousands of Chinese students to keep attending American universities. He can’t stop gushing about the H-1B workers. In 2018, Trump tweeted a warm welcome to H1-B visa holders, promising them “a path to citizenship” and heaping praise on these “talented and highly skilled people” taking American jobs.

“Here is something you won’t read elsewhere: Silicon Valley leads the SF Bay Area in COVID-19 cases — leads by FAR ….

“Silicon Valley, of course, is home to very large numbers of immigrant engineers from China, who have the means to make frequent trips to China to visit family, especially during Chinese New Year, when the virus started to spread like mad within China and started to do so in the U.S.”

As we now know, the first two Wuhan flu deaths in America were in … Silicon Valley.

“Birth tourism” has also continued apace under Trump, with tens of thousands of pregnant Chinese ladies flying to America every year for the sole purpose of giving birth to an anchor baby, who will then be used to bring the whole family here.

There’s one way to stop it, and Trump could do it tomorrow. Sign an executive order ending the anchor baby scam. Not say he’s going to sign it, as he does whenever he wants to gin up the base. Actually sign it.

The Supreme Court has never ruled that the children born to illegal aliens or tourists are citizens, for the simple reason that that would be insane. The 14th amendment is about slavery, as the court has repeatedly held, not Chinese birth tourists or pregnant Mexicans.

But he won’t do it. Ivanka needs her trademarks — and Goldman might give Jared a job! Sorry about that Wuhan flu, America.