Trump in the Crosshairs 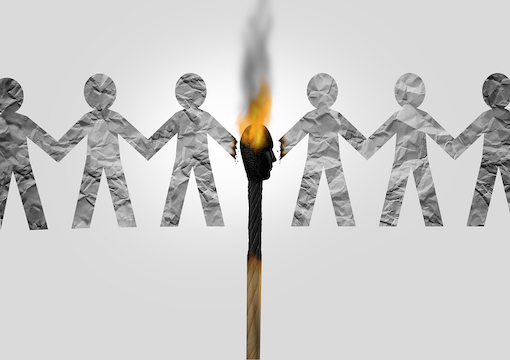 Trying to understand the mindset and behavior of today’s liberals begins with trying to define this particular class of people. A liberal is someone who believes in a doctrine that emphasizes individual autonomy, equality of opportunity, intellectual liberty, and an acceptance of Christianity as a bedrock of Western democracy. Yet I find them utterly estranged from the class that today classifies itself as liberal.

Yet another example unfolds as we watch the rancorous impeachment proceedings underway in the United States Senate, led by liberal Democrats Chuck Schumer, Adam Schiff, and Jerry Nadler. They shrug off responsibility for representing a party that is responsible for so many of the nation’s woes, including the collapse of many of the once-great American cities, uncontrolled migration, and involvement abroad in senseless wars. I listen and am reminded of a subtle but crucial difference between people calling themselves “liberal” and those calling themselves “conservative.”

Few would have predicted that Barack Obama, a mixed-race liberal socialist with an Islamic pedigree, who had never held down a proper job, would be elected President of the United States in 2008. A virtual unknown, he suddenly burst onto the political stage with the vital assistance of a devoted media and stormed to power.

This came as a shock to many millions of conservative, Christian Americans who were deeply concerned by the man the majority chose to lead the country. But being true to the democratic traditions of the country they hold very dear, these people chose to bury their differences, and in some cases their prejudices, and accept, and indeed in many cases embrace, the people’s choice.

“I dare to suggest no American or Western politician in history has ever been so harshly and relentlessly attacked by his political opponents as has Donald Trump.”

While political opposition from his Republican opponents continued, it was conducted in a respectful, constructive, and well-mannered way. With the surprise election of Donald Trump, a similar display of common decency and acceptance of defeat has been utterly absent from the liberal political leadership and their powerful allies in the media. In response to his winning the presidency, he has been rudely hounded, harassed, and vilified, from before he was even inaugurated to the present day. I dare to suggest no American or Western politician in history has ever been so harshly and relentlessly attacked by his political opponents as has Donald Trump.

Trying to understand this paradox and this aberrant behavior, I reflect on what I have seen of liberals and liberalism in Africa. The entire decolonization project that swept through Africa, starting with Ghanaian independence in 1957, was motivated by the liberal politicians of the Western democracies who came to dominate the political landscape after WWII. They successfully promoted the trope that all whites in Africa were racist oppressors and all blacks were innocent victims.

Thus, following this line of thought, Shaka Zulu, a psychotic mass murderer who terrorized an entire subregion, has been universally lionized, while Cecil Rhodes, who as far as I know never killed anyone, and who built roads, railways, bridges, hospitals, schools, and universities, and supplied the funding for the most prestigious scholarship of the modern era, is remembered as a heartless, avaricious monster. On the back of this and many other big lies, one of the greatest man-made catastrophes of all time has unfolded in sub-Saharan Africa, which has cost millions of lives in wars and endemic continental violence, leaving hundreds of millions of people trapped in a deepening poverty spiral.

The postcolonial political leadership must accept responsibility. But my silent, impotent anger is reserved for the liberal intelligentsia and their political leadership, the champagne socialists, who initiated, nurtured, and facilitated this process. This anger would be somewhat assuaged if any member of the liberal establishment had ever mustered the intellectual courage to announce to the world that they had got it wrong, that they must acknowledge the mistakes of the past and stop compounding their errors; but nary a whisper of this nature is to be heard.

Instead, in mimicking the intolerance of the Democrats now trying to crucify Trump, they will ruthlessly attack and destroy people who dare to question the wisdom of the decolonization exercise and condemn us as “racists,” “neocolonialists,” and members of the “far right.” From them, there is zero tolerance of any divergent view and absolutely no open discussion allowed.

There is some irony in all this, too. Most of those raucous, righteous demagogues of the left, who demanded the immediate and in some cases violent termination of white rule, have long since left the benighted continent for the fairer, more civilized climes of Australia, New Zealand, the United Kingdom, and North America. They reside there in relative comfort and safety while we who opposed them and their acolytes are left to rummage through the rubble of the continent they did so much to destroy.

Across the liberal spectrum there seems to exist an inability to accept any form of defeat; but more important, there is also a frightening refusal to accept and acknowledge any wrongdoing or responsibility for their actions. The chance of finding solutions born out of constructive discourse, where one of the parties to the discussion refuses to understand or accept the frailty of the human condition and the adage “To err is human,” comes to nil.