Trump Gets as Serious as Texas 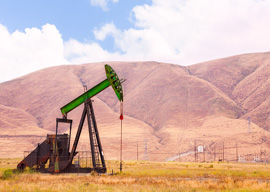 AMARILLO, Tex.”Out on the western edge of town, right before you hit the empty prairie that runs all the way to Albuquerque, there’s a big, sprawling clothing store in the Cavender’s chain where they have about five long racks of “Concealed-Carry Vests and Jackets.”

People here value their guns, and their cattle, and their crops, and their oil. In nearby Deaf Smith County, a Texas Aggie named Frank Ford founded Arrowhead Mills, the first organic-food company in the nation, causing hippies in love vans to pour into the northern Panhandle throughout the 1960s. (Frank was chairman of the local Republican Party and had to tell the sheriff the long-haired slackers in tie-dyed shirts were okay.) In my former home in Lamb County, resourceful farmers long ago pioneered the massive irrigation sprinklers necessary to turn the mesquite-pocked, rattlesnake-infested flatlands into rich cotton fields. The cattlemen in Hereford, Tex., are the breeders who improved on the bloodstock named by their ancestors in Hereford, England, mainly by producing a “polled” (hornless) strain that’s bigger yet leaner and, when crossed with Angus, can result in some of the best-tasting beef in the world.

“They know what to do with spoiled brats in Texas. They spank “em.”

And everywhere you go, you see oil pumps. They”re the same pumps, working the same fields, that have been there since 1918, the year M.C. Nobles sank a wildcat drill on the Masterson Ranch, just east of the John Ray Butte, about 30 miles north of Amarillo, thereby discovering the largest natural gas field in the world and one of the largest oil fields as well. More recently, the Wildorado Wind Ranch, 40 miles to the west, became one of 40 energy projects that use that wind that comes whistlin” down the plain to make Texas the No. 1 producer of wind energy in the nation.

My point is that these are enterprising, business-oriented people, and they know how to use the land and, more important, how to protect the land for future generations.

That’s why they”re not particularly bothered by the appointment of Scott Pruitt to head the Environmental Protection Agency. Pruitt is the Oklahoma attorney general who has sided with ExxonMobil and other oil companies in various lawsuits against the EPA, especially the ones dealing with the so-called Clean Power Plan. This is the array of regulations that assume coal is evil, oil is only slightly less evil, natural gas is tolerated, refineries shouldn”t be built anywhere, pipelines are unnecessary, fracking is gonna cause earthquakes and destroy the water table, and getting rid of smog is more important than making the country independent of Saudi Arabia.

As any deer hunter can tell you, the person most likely to preserve the wildlife population is the person who regularly harvests it. All hunters are conservationists. And likewise, all energy extractors are stewards of the environment. Do they screw up from time to time? Two words: Exxon Valdez. Of course they do. Do they wanna suck all the pressure out of the oil fields like Spindletop wildcatters and send dirty fuel to the Northeast so that people die of lung cancer? Of course not.

The appointment of Pruitt is a reaction. It’s a matter of stopping the hysteria over pollution that assumes every energy company is trying to spew mercury, arsenic, and other toxins into the air, foul the wetlands and streams, and cause apocalyptic storms related to global warming. The people of Texas and Oklahoma are doing what they”ve always done”getting the energy to market”while preserving the landscape that’s been unchanged since at least 1846, the year the greatest cattle rancher in history, Charles Goodnight, moved from Illinois to Texas.