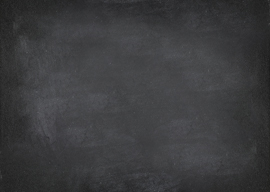 Donald Trump is not the most scholarly American, but he could do education a bit of good.

It’s not even all that necessary for Trump to appoint effective administrators to key roles in the Department of Education and in the civil rights division of the Department of Justice. Simply get rid of the Obama bureaucrats actively orchestrating with The New York Times their mutual jihads against common sense in schools.

For example, Trump could name Haven Monahan as undersecretary in charge of the campus rape culture crisis that spawned the Rolling Stone UVA hoax and that would be better for America than the Obamacrat currently in the job.

Likewise, a Trump Administration could merely cease the current regime’s culture war against local school districts over distractions such as transgender supremacy, as exemplified by the 2016 “Dear Colleagues” letter jointly sent by the Department of Education and Department of Justice demanding that boys who claim to be girls be allowed to shower in the girls” locker room.

The president not wanting to deal with school bathrooms is one reason we have a federal system. Let states worry about that. If the states don”t want that hassle, let school districts handle it. If districts don”t want to touch it, principals can make the call.

Many of the Obama Administration holy wars have been contradictory, but the educrats don”t dare notice. For instance, Obama has been simultaneously attacking school bullying and punishing schools for suspending black youths more than, say, Asian girls.

This paradox of futility simply never dawns upon the typical Obama Administration political appointee. Everybody they know assumes that the bullies are white boys who look remarkably like small Haven Monahans.

“Trump is not a bookish man, but his preconceptions are more realistic than those of the elite conventional wisdom.”

Haven”t you read about all the hate crimes currently being committed by little boys who voted for Trump? All those videos of leftists rioting are just fake news. Instead, respectable people such as former Harvard president Larry Summers have heard that there is an upsurge of hate at schools across the country.

Granted, we are a little short of video documentation of what Larry knows is happening, but your concept of “campus hate hoaxes” is not allowed to be a Thing. These people reporting bullying by Trumpist children are not privileged white-trash UFO enthusiasts whom you can dismiss by saying “pics or it didn”t happen.” These are the unprivileged, such as Larry’s kids.

Likewise, everybody who works for the Obama Administration believes that it’s a stereotype that black males tend to be more violent, and that this canard is used by racist public school administrators to impose higher suspension rates upon innocent black youths. As The New York Times reported in 2014:

Data collected by the Education Department shows that minorities”particularly black boys and students with disabilities“face the harshest discipline in schools. According to the Education Department’s Office for Civil Rights, black students without disabilities are more than three times as likely as their white peers to be suspended or expelled.

You can”t actually crack down on bullying in the schools and ease up on discipline for black boys simultaneously. Yet this conundrum never seems to have occurred to the Obama Administration or The New York Times.

What about other educational issues?

The Common Core is a curriculum fad that swept a majority of states after Bill Gates decided to use his financial hegemony over education-reform think tanks to promote it. Trump should follow his common sense and lack of passion about education: Encourage a few states to try out the Common Core and other states to be more cautious before committing to it until the early results are in.

Trump is not a bookish man, but his preconceptions, such as that intelligence is somewhat genetic, are more realistic than those of the elite conventional wisdom, which constantly falls for educational quackery due to the reigning blank-slate ideology.

It’s not sensible to bet the country on one educational fashion, as Gates found in the previous decade when he wasted a fortune promoting the now-forgotten nostrum of that era, small learning communities.

On the other hand, Gates is by no means stupid, and he does learn from painful experience. So Trump shouldn”t assume that Gates” Common Core hobbyhorse is necessarily as stupid as the fads that emerge from Ed schools. It’s not always prudent to go all-in on betting against Gates, who might decide he wants the Democratic nomination for president in 2020 when he”ll be 65. If Trump is successful as a businessman-turned-president, the Democrats might look to Gates as an even better businessman than Trump.

Therefore, Trump shouldn”t needlessly antagonize Gates. The Common Core is probably not worse than the average educational panacea, so Trump would be well-advised to merely urge prudence. It’s not really a federal issue, and Trump doesn”t need to get intimately involved. His encouraging local verification of education-reform hype would be an improvement by itself.

Regarding charter schools and other quasi-privatization schemes, Trump should play both good cop and bad cop.

There are genuine reformers out there, such as the two guys, Mike Feinberg and David Levin, who set up KIPP as a boot-camp school system to provide blacks with the stricter moral guidance from society that they need. The slow rollout of KIPP demonstrates that its leaders understand that they haven”t found a cure-all for The Gap among the races, just a slow, grinding way to make things a little better.

On the other hand, the fact that Imam GÃ¼len, the cult leader in exile in the Poconos who apparently tried to overthrow the Turkish government in last summer’s coup, is, in effect, the largest charter-school operator in America should point out to Trump that charter schools are easy for unscrupulous operators to abuse. The charter-school process often turns over to operators tremendous amounts of real estate and buildings, worth as much as nine figures in the case of a single large urban high school. There are many ways to skim money if you are handed a twenty-acre school site.

Trump should encourage the FBI to continue its investigation of the GÃ¼len charter-school empire, no matter what the CIA might say, and use this as a warning to other charter operators to stay on the straight and narrow.

Another illuminating aspect of the GÃ¼len story is that the cult leader came close to overthrowing the government by dominating Turkey’s test-prep industry. His followers were given the means to game the hiring exams for the police, allowing them to eventually dominate some of the security agencies.

Americans long considered test prep unsporting and insignificant, but the rise of Tiger Mothering has meant that admissions exams may have become compromised. Nobody seems to know for sure. Trump could establish a presidential commission to look into the security and validity of high-stakes testing, such as the SAT and ACT. Yale Law School professor Amy Chua might be a good choice for chairwoman.