Trump’s Failing. Don’t Ask Me to Lie About It 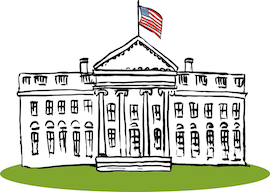 We finally got sick of it and voted for Trump. He promised to build a wall, deport illegal aliens and end the anchor baby scam. No matter how much the establishment screamed at him, he never backed down.

To call Trump’s promise to build a wall his “central campaign promise” routinizes it. That promise was indispensable to his election in a way that no other president’s campaign promises ever were.

Trump had none of the qualities voters typically look for in a president. He hadn’t been vice president, a U.S. senator or governor of California. There was little about his character to inspire a nation.

Trump’s mandate on immigration was the loudest bell ever to be rung in American politics.

While I admire people’s loyalty to the first presidential candidate to speak honestly about America’s problems, what if they’re being loyal to a false front?

The bill President Trump signed last Friday is worse than anything Hillary could ever have gotten through Congress.

To mention the two most shocking examples, the bill prohibits Trump from using any Homeland Security funds to build a wall anywhere along the border. Only bollard fencing is permitted — and even that is allowed in only one small section of the border with the approval of local authorities.

Inasmuch as the “local authorities” in that particular sector are liberal Democrats and/or beholden to Mexican cartels, the bill Trump just signed effectively prohibits any barrier whatsoever from being built on the border.

This is why the bill is being referred to as the Pedophiles-Go-Free Act.

Trump — and those hoping to be invited to the next White House Christmas party — refers to this as a “deal.” Gen. Custer struck a similar “deal” at Little Bighorn.

The 3-D chess crowd has heaped obloquy on me for pointing out these facts. He’s doing his best! He’s fighting! No one has ever come under such sustained attack as our president! It’s not his fault! It’s Paul Ryan’s fault! It’s Mitch McConnell’s fault! It’s Robert Mueller’s fault! It’s the media’s fault!

I have a different yardstick, which is a harsh yardstick, but the only objective one: The only thing I’m interested in is results.

So far, Trump has spent 25 months not building the wall, capped last Friday by his signing a bill that will make it monumentally more difficult to do so.

Today, the Hail Mary presidency is down to a Hail Mary pass. Trump has declared a national emergency and stated his intent to use military funds to build the wall.

This is absolutely the right thing to do. Now that all other opportunities have been egregiously squandered over the past two years, it is, in fact, the only hope left.

There is an ever so slight cause for concern, however, that the person issuing these orders is Donald J. Trump.

— Right before the midterm elections, Trump also promised an executive order on anchor babies. As with the wall, we’re still waiting.

— Trump still hasn’t hired Kris Kobach — probably the only guy in the country who could make the Hail Mary pass work.

— Since Trump signed the bill, Vice President Pence has re-hired Koch brothers’ shill Marc Short, whose main mission seems to be blocking a wall and passing an amnesty bill — just as the Koch brothers would want.

— And Jared is readying his big amnesty plan!

Trump’s other top advisers just turned away the Angel Moms from the White House.

The Angel Moms — Americans with children killed by illegal aliens — supported Trump back when his White House staff was calling him a boor, a joke, a fraud. But when these devoted Trump supporters showed up at the White House last week to lobby Trump against the open-borders bill, there was no room at the inn — as the Washington Examiner‘s Ryan Girdusky has extensively reported.

Acting White House Chief of Staff Mick Mulvaney told the Angel Moms to go away, saying Trump wouldn’t sign this wonderful bill if he saw pictures of dead kids. Next, White House advisers Mercedes Schlapp and Kellyanne Conway called a representative of the Angel Moms to scream at the group for planning to protest the bill outside the White House.

The obvious conclusion is that immigration isn’t one of the issues Trump cares about.

Those are the facts. I know there are people who are tired of hearing it. I’m tired of writing it. But we can’t shrink from uncomfortable truths any more than Trump did in 2016.