Truth in the Crosshairs 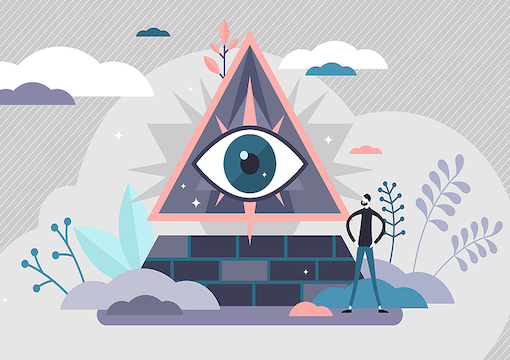 The question of what is truth has been around since the Greeks, perhaps even before that. One can speak of moral truth as well as of aesthetic truth, yet scientific truth seems to me to be one that’s undeniable. And yet, there’s definite proof the world is round, although there are those who deny it and are to be found living normal lives among us and not in mental institutions.

That old Greek Diogenes was often seen walking around the marketplace carrying a lit torch during daytime. When asked why, he answered because he was looking for an honest man. I suppose intellectual dishonesty was as brazen back then as it is now, but the Greeks would not have reached the heights of wisdom that they did if they had denied self-evident truths themselves.

At present, needless to say, here in America and in Britain we are very busy constructing the biggest falsehoods our minds can muster in order to pacify those who feel history has wronged. In Orwell’s 1984, two plus two equaled five if the Party decreed it, the Ministry of Truth disseminated lies, and what Big Brother decreed was the only truth. Orwell didn’t live long enough to see a modern version of his nightmare scenario, but what is taking place in America and Western Europe today is the closest we’ve come to emulating 1984. Orwell had the Soviet system in mind when he wrote the classic, yet after its collapse it was the victorious Americans who embraced Big Brother.

“Allowing the creation of a culture in which people become scared to say what they mean is the beginning of the end, as far as freedom is concerned.”

About fifteen years ago I was seated next to a Nobel Prize winner, James Watson, codiscoverer of DNA, a tall, blue-eyed, and handsome older man who was delightful company and mostly wanted to know details about Princess Diana. Unthinkingly I asked him about a past finding of his concerning the I.Q. of Africans compared with Indo-Europeans. He looked as if O’Brien (the baddie in 1984) had appeared, and asked me, almost begged me, to change the subject. Watson later on gave millions of Nobel Prize dollars to black causes, yet became a nonperson for his scientific findings, which did not suit the politically correct. If scientific findings can be disputed or denied in order to please political correctness, truth becomes redundant and a bad joke. This pernicious philosophy of denying truth is not new. The Nazis and the Communists perfected it, and the Chinese government revels in it as I write. But what is truly amazing is that it has caught on here in America, supposedly the land of free thinkers and of freedom in general. A friend of mine recently rang me from Florida, just as the Democrats in Congress were outlawing words such as “father,” “brother,” “sister,” and “son,” and told me how people in the enclosed community where he lives are outraged by this, but they whisper their outrage, scared to death to be denounced and canceled.

Allowing the creation of a culture in which people become scared to say what they mean is the beginning of the end, as far as freedom is concerned. American universities effectively suspended political debate, and from there it spread via the internet into a bland, “safe” environment in which only the left is allowed to exercise freedom of speech. I find it ironic that Americans still call their country the Land of the Free when no one is safe from the PC Gestapo.

You might think I’m exaggerating, but science comes second where racial sensibilities are concerned. At Cornell University students who refuse the flu vaccine are barred from libraries and other campus buildings. Students of color, however, can decline with impunity. Cornell University: “Students who identify as Black, may have personal concerns about fulfilling the Compact requirements based on historical injustices and current events.” In other words, white kids must be tested and vaccinated or get kicked out, while black kids can have it either way all because some dumb cop stepped on a career criminal’s face and killed him 1,000 miles away last year.

This self-flagellating lunacy by American universities is encouraged by greedy, white-hating media such as The New York Times and the Jeff Bezos-owned Washington Post. These papers have now honorably replaced Der Stürmer, the Nazi mouthpiece that turned truth into a big lie, and vice versa. What beggars belief is that now it’s journalists, students, and academics themselves who are trying to impose new limits on free speech and free thinking. Far from being bastions of freedom, universities and newspapers have come to see themselves as fortresses to protect people from dangerous and noninclusive words such as “boys” and “girls.” And speaking of girls, a 15-year-old uses the N-word to no one in particular while passing her driver’s license and is taped by a busybody, and The New York Times publishes a full-page story about her indiscretion now that she’s a well-rounded sophomore at a Texas university. She’s asked to leave, her life in ruins. If this is not Orwellian I don’t know what is.

Free minds and free markets have always outperformed sclerotic central planning and tyrannical ideologies. But when imagined racism dominates the news media and late-night shows with the false assumption that America comprises a race-based white-supremacist society—and that there’s a killer cop standing on every corner—it’s time to cry halt to political correctness, get out on the street, and do something about our freedoms that are ebbing away.