Trying to Lead a Whore to Culture 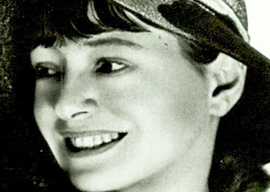 My friend Mark Brennan and I were talking about class warfare. “It’s cyclical,” Mark said as he executed a perfect uchi mata during judo practice.

By then I was too out of breath to counter him, literally as well as metaphorically. The only way to put the pain of extreme effort out of mind is to discuss politics while trying to throw one’s opponent. Our discussion during an extremely tiring session was about class warfare, or what Obama and the Democrats and their ass-wipers such as The New York Times and Washington Post insist are tax breaks only for billionaires who vote Republican.

“The European welfare state has led our prosperous society to an advanced state of moral decay, with a trashy, vulgar culture of neither spiritual nor aesthetic value.”

Mark is an American, and so am I. But I”ve lived in Europe most of my life. What Obama and his media catamites have to say about the rich or well-born I”ve been hearing all my life in the Old Continent, and then some. Even my old man blamed it on the class system, one that had performed swimmingly since Roman times until well past World War I. There was an upstairs and a downstairs; you”ve seen Downton Abbey and know the rest. People knew their places and stuck to them. Pliny the Younger had two houses, one more showy than the other, where elegant food was matched by deep thought, clever chat, and stunning scenery. It was a Platonic ideal of dining, an event where all the elements were in perfect harmony, although I”m not sure the servants agreed.

Listening to some European protesters nowadays, one would think that nothing has changed since Pliny’s time. A leftist Oxford professor told me it was the blithe impenitence of the upper class that drives him up the wall. He said they display a demented disregard for common decency’s humblest demands. When I suggested he get real, he called me a fascist, then asked me to buy him a drink.

As Dorothy Parker once said about horticulture, “You can lead a whore to culture, but you can”t make her think.” The European welfare state has led our prosperous society to an advanced state of moral decay, with a trashy, vulgar culture of neither spiritual nor aesthetic value. Repulsive behavior has become the norm, crime rates have gone through the roof, and the less fortunate are appeased by the idea that they are only unsuccessful because they aren”t propped up by an army of publicly funded bureaucrats. Our British cousins and their world-renowned bad manners are leaders in this field.