Turf: The Problem and the Promise 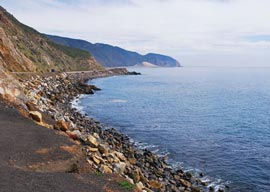 That human beings are somewhat territorial animals is a concept that has gone out of intellectual fashion, but it offers useful insights into much of what is in the news.

For example, the ongoing Black Autumn protests on college campuses are in part an outgrowth of the near-universal demand for diversity that spreads blacks in a thin layer across practically every college with enough of an endowment to afford affirmative action. Much of the hysteria on display by black students this fall stems from homeboys and, especially, homegirls feeling uncomfortable by having been made so welcome on diversity-worshipping campuses across the country. Because the institutional competition for black students is so fierce”every prestigious college’s admissions department has its quotas to fill”black students aren”t allowed to clump up naturally in large groups at a few colleges, where they”d feel more at home.

In response, they”re engaging in adolescent turf-marking behavior, such as acting menacing and demeaning the other side’s traditional symbols, as in the War on Woodrow Wilson at Princeton.

Another common pattern in the news that becomes recognizable once you know what to look for is the message of: territorialism for me but not for thee. The people holding the megaphone vilify some manifestations of this basic human instinct as “nativism,” while celebrating others as “environmentalism.”

In reality, there’s much in common across these impulses. Unfortunately, it seems to be getting harder for pundits to make or even notice analogies. Any change in the scale of territory discussed becomes an excuse for not getting the point.

“I think it’s only reasonable to not want Southern California to turn into another outpost of Latin America”Tijuana is okay to visit, but I wouldn”t want to live there.”

For example, we are lectured that only xenophobic nativists worry about allowing Muslims to move en masse to Western countries because concepts like nationalism are obsolete, divisive, and uncool. But the sons of Muslim migrants pay no attention to these sermons denouncing territorial instincts. They tend to grow up on the streets of Europe to be extremely controlling of their turf, often forming street gangs to harass non-Muslim men and groom underage infidel girls.

This shouldn”t come as a surprise, but it seems to. Thus the constant assurances in the press that a new wave of refugees will fit right in, when history and human nature ought to tell us the real worry is their descendants, who are likely to grow up confident enough in their surroundings to wish to take over. (Islam is an ideology that is especially explicit about its desire to bring more territory under submission.)

Humans tend to imprint around the age of puberty on the landscape where they are currently living and become active partisans of whatever group they identify with. Naturally, this has side effects that can channel into good or bad behavior, such as conservation or hooliganism.

Unfortunately, our high culture doesn”t pay much attention to this complex subject anymore. The peak decade for taking this urge seriously followed the publication of Robert Ardrey’s 1966 best-seller The Territorial Imperative, a forerunner of sociobiology and evolutionary psychology at a time when Darwinism was out of fashion in academia.

Ardrey was not a professor, but a dramatist and Oscar-nominated screenwriter. His works of scientific speculation had an impact on some of the more interesting filmmakers of the era, such as Stanley Kubrick. You can see the influence of Ardrey’s 1961 book African Genesis in the famous ape-man scenes in 2001 (Roman Polanski called attention to Kubrick’s debt to Ardrey) and the gang rumbles in A Clockwork Orange. Sam Peckinpah’s Straw Dogs is another violent 1971 film explicitly driven by Ardrey’s ideas. (And here’s a 1962 Harvard Crimson mixed review of African Genesis by an undergrad named J. Michael Crichton, a biological anthropology major who would go on to write Jurassic Park.)

Territorialism hasn”t gone away, it just now gets called by other names, such as environmentalism.

These days we are assured that the Obama administration’s plan to bring Syrian refugees to the United States is merely a small-scale symbolic gesture. Only nativist nuts worry about slippery slopes. Yet Malibu liberals like movie director Rob Reiner are fanatical about crushing even the most seemingly innocuous development, such as the recent proposal to build a Whole Foods on part of the giant vacant lot near the Malibu City Hall. Like Republicans worrying about Muslim terrorists, Malibu Democrats worry that any laxity might set a precedent that could eventually let in an influx of undesirables.

I can see where Reiner, Streisand & Co. are coming from. As a native of the inland San Fernando Valley in northwest Los Angeles, I was always conscious of being lucky to live in what was a pretty nice place.

Or perhaps I”m just being prejudiced since I grew up there and imprinted upon it. (I don”t think it actually matters much: Subjective feelings are real.)

And as a grown-up I think it’s only reasonable to not want Southern California to turn into another outpost of Latin America”Tijuana is okay to visit, but I wouldn”t want to live there. Or perhaps I”m just being prejudiced. But that we tend to be fond of the familiar doesn”t mean it doesn”t make us happy.

Yet I was also always conscious that the San Fernando Valley isn”t quite as pleasant as nearby coastal paradises such as Malibu and Santa Barbara. (I”m loyal, but I”m not blind.)