Turned by the Spooks 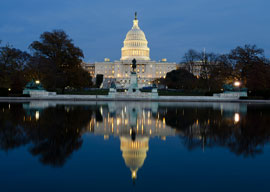 One of the upsides to living in the panopticon is the ability to call powerful people on things they were saying a few years ago. Glen Greenwald has begun to do so, noticing that many liberals who were against the 2005 and 2006 NSA wiretap allegations are very much in favor of more egregious intrusions now that the executive branch is in the Democratic Party’s hands.

Senator Dianne Feinstein (D-CA) is the second-most preposterous example. (Our transparency president and the shaved baboon he calls vice president are, in tandem, the most ridiculous example.) In 2005, despite her being on the Senate Intelligence Committee, she claimed she had no idea what was going on and was worried it might be something illegal. By 2006 she said NSA spying was a very serious violation of the Fourth Amendment. Now she says Snowden is a “traitor” and that this much broader spy program is “protecting America.” Was she turned by the spooks? Did she fix the law so that there is nothing to worry about now? Is she senile? It is difficult to say, but her opinion certainly seems to be different, and she hasn’t explained why.

“Giving up our civil liberties in return for lower wages and more kebab restaurants seems a poor bargain.”

Senator Barbara Boxer (also D-CA) wondered aloud if NSA spying constituted an impeachable offense in 2005. She even asked for clarification from telecommunications companies on their collection of metadata in 2006. She has expressed no public opinion about the current scandal. Were her doubts laid to rest? Perhaps the spooks told her to keep her yap shut this time? It would be good for America if Senator Boxer were to bring the subject up again, if only to clarify why we shouldn’t be worried.

The phenomenon is bipartisan. Senator Susan Collins (R-ME) had serious issues with the Bush policy in 2006. She doesn’t have a problem with the Obama telephone metadata policy today, assuring us that “security ensures our freedom.”

Senator Lindsey Graham (R-SC) was against the NSA wiretapping process in 2005, stating that it didn’t have “any legal basis.” Now Senator Graham says he is “glad the NSA is trying to find out what terrorists are up to overseas and inside the country,” apparently trusting in the kangaroo FISA courts to make everything all better.

The Foreign Policy Association’s resident bubblehead, Rosa Brooks, said the domestic spying program was unspeakably horrible back in 2005. Nowadays she seems more worried about Amazon knowing what kinds of books she prefers and people noticing that she’s said a lot of idiotic things over the years.

Political commentators are not immune to the disease. Mark Steyn seemed to be all for domestic spying back then. Now that Obama gets to protect us from terrorism, he seems to think the surveillance state is useless.

Michelle Malkin openly admits to having changed her mind. While she supported Bush’s efforts, she says that the Obama programs are worse.