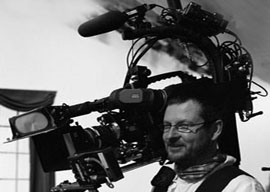 You probably haven”t heard of Get the Gringo, a recent Lethal Weapon-like action movie starring Mel Gibson and directed by his right-hand man Adrian Grunberg. Mad Mel plays Driver, an American criminal who makes a run for the border, only to wind up in one of those Beyond Thunderdome-like Mexican prisons where anything (except freedom) can be had for a price.

You can watch the first eight minutes of Get the Gringo online here; it looks fun. So far, 9,949 reviewers on IMDb.com have given it a mean rating of 7.4 out of 10, which equates to “not great, but quite good.”

Although Get the Gringo debuted on March 15, 2012 in Israel, there are no plans to ever let it enjoy a theatrical run here in the land of the free and the home of the brave. To watch Get the Gringo legally in the United States, you have to pay $11.99 to satellite provider DirecTV for video on demand. That sounds reasonable, except you also need a two-year contract with DirecTV. Or you could fly to Israel and buy a movie ticket. I”m not sure which would be cheaper.

You know how Saudi Arabians take holidays in Beirut to get away from the suffocating censorship and exhausting moral panics in their own country? Maybe rich Americans will soon vacation in Tel Aviv to indulge in simple liberties such as watching a Mel Gibson action flick in a movie theater with a tub of popcorn.

“The huge Ashkenazi debt to German thought is being eased down the memory hole.”

I first learned of Get the Gringo‘s existence while researching last week’s column on another manic-depressive filmmaker, Lars von Trier, the Dane who directed the Kubrick and Wagner-inspired sci-fi film Melancholia. At the 2011 Cannes Film Festival, von Trier wound up beseeching a baying press corps to believe him when he insisted, “I’m not Mel Gibson. I’m definitely not Mel Gibson.”

You see, von Trier had touched off a moralistic maelstrom at a press conference promoting his Wagnerian movie. After he had extolled Tristan und Isolde‘s importance in the German Romantic tradition (from 34:00 minutes into this video), a critic jumped in to ask von Trier about his “German roots” and taste for a “Nazi aesthetic.”

For a long time I thought I was a Jew and I was happy to be a Jew….But then I found out I was actually a Nazi. My family were German….What can I say? I understand Hitler…but, still, how can I get out of this sentence?

This being the 21st century, when outdated concepts such as “freedom of speech” have taken a backseat to Sensitivity and Appropriateness, von Trier was immediately interrogated by the French police and declared persona non grata by the festival.

Von Trier’s beleaguered defenders said he was just trying to make a silly joke in English that went terribly wrong. In truth, though, the question and answer actually refer to several fascinating layers of reality (at least to the extent that we can trust anything that von Trier, a master self-promoter who makes Werner Herzog seem self-effacing, says about himself).