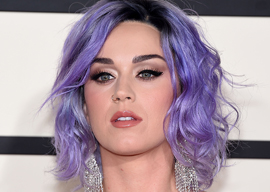 Since duty and sacrifice are the nuclei of melodrama, you don”t have to be Roman Catholic to be mesmerized and possibly moved by stories about pre”Vatican II nuns, with their paradoxically cumbersome yet graceful habits, and the strictly ordered minutiae of their alien daily lives. In fact, it probably helps.

In my anarcho-peacenik days, almost every young feminist atheist woman around was going through a “nun” phase. Having been assigned Holy Anorexia in their women’s-studies classes, some began collecting Catholic kitsch (“ironically,” of course) and became compulsively drawn to depictions of cloistered life.

(Other irreligious women devour Amish romance novels or, as we”ve recently seen, eagerly, even tearfully, allow themselves to be hijabbed; religious austerity is a surprisingly good conductor of a kind of sentimental glamor.)

“Their remove from modern life’s most basic ingredients sometimes bestowed an otherworldliness that wasn”t charmingly fey so much as brittle and tone-deaf.”

Those feminists” fascination with Catholic nuns made sense, actually. Here were women living and working together, doing good”and without men around. Catholic nuns had been acting out a secular separatist feminist ideal, and for centuries, too, not the scant single suite of seasons (if that) a faddish “wimmen’s commune” might endure.

As an actual Catholic who had been raised by nuns since what used to be called nursery school through (now defunct) grade 13, then worked with them at a left-leaning newspaper, any “inside information” I proffered to these eager seekers inevitably let them down. The “Josies” who pretty much ran my hometown, and the sisters I shared a Toronto office with, didn”t glide around serenely, emanating patience, wisdom, and holiness. They were, I explained to the frowning feminists, just generally decent old ladies”tough, sure, but also frumpy and frequently tired. The nuns I knew then, in the late 1980s, wore polyester pull-on slacks and cheap, sensible shoes, went to baseball games, drank the odd beer, and read detective novels.

And yet they weren”t “just ordinary women,” either. Their remove from modern life’s most basic ingredients”relationships with men and child rearing, of course, but also job hunting, home buying, and retirement planning”sometimes bestowed an otherworldliness that wasn”t charmingly fey so much as brittle and tone-deaf.

I expect that when pop singer Katy Perry put that down payment on the Los Angeles manse she’s hoping to move into, its history as a convent added to its already considerable allure. She, like so many outsiders, likely presumed the walls would fairly exude the hum of vespers and not, as is more likely, the residue of Enneagram seminars and lectures on liberation theology. (Then there’s the bad karma from those pedophile priests who were shacked up there, come to find out…)

Perry was raised in one of those stuck-up Protestant denominations that consider Catholics weirdos, while simultaneously forbidding their own kids to eat “Lucky Charms [cereal] as the term “luck” reminded their mother of Lucifer,” and making them “call deviled eggs “angeled eggs.”” Perry’s attempted purchase of the old Immaculate Heart convent is probably a wee jab at said mother, who sounds a lot like Carrie’s but without the charm and wit.

“Attempted” because there’s a murky, sleazy-sounding conflict over the $14.5 million Los Feliz mother house. Like all but the most traditional women’s religious orders, the Immaculate Hearts are dying off, rendering their huge residence redundant. The remaining nuns are refusing to sell, but not because they”d always dreamt of transforming the place into a homeless shelter or something. They say they have a higher bid from local restaurateur Dana Hollister, who wants to turn it into a boutique hotel.

Whereas the Archbishop says the property isn”t theirs to sell and he’s siding with the chubby chick who rocketed to fame and fortune singing “I Kissed a Girl.” The nuns aren”t thrilled with Perry’s sexpot persona, but they seem especially peeved about her flaky flirtation with witchcraft.

Hollister serves up the money quote:

It’s interesting [Perry] has all this “girl power” and she’s running over a woman and five nuns.