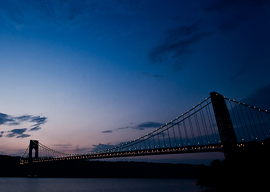 When news of Tyler Clementi’s suicide broke last month, it outraged all the “right” people for most of the wrong reasons.

Reeling with humiliation after falling victim to a vicious practical joke, this 18-year-old apple-cheeked boy decided he could no longer endure being alive. He composed a farewell Tweet on his Blackberry, then leapt off the George Washington Bridge. His corpse was discovered in the Hudson River hours later.

This dweeby, quiet, bespectacled, ginger-haired boy would have gone down as merely another casualty of youth’s casual cruelty to youth, to be briefly mourned and soon forgotten, were it not for one detail in his terminal ordeal. Clementi, it turns out, was gay, and this played an incidental role in his self-immolation.

Thus, it seems that Tyler Clementi will join Matthew Shepard in the pantheon of latter-day martyrs who suffered and died for the Holy Cause of eradicating the world of homophobia. Sad sack that he was at the end of his life, his name in death will now be invoked as an indomitable beacon of hope and change. His spirit, we are bound to hear, will always be with us as we struggle to stop prejudice and forge a more just society, striding arm-in-arm into the future…

…and blah blah blah. You know”all of that totally gay rhetoric. Get ready”it’s coming. It’s here. And it’s queer. (As in stupid.)

I am appalled by Clementi’s tormentors” brazen behavior. If indeed they are found guilty of what they’re accused of doing, they should be punished to whatever extent the law permits; moreover, they should be shunned and shamed for their callous disregard for a fellow human’s well-being and their wanton invasion of his privacy.

That said, to politicize this affair, as many activists have already done, is cheap, ridiculous, and tacky. While Clementi’s personal shame over his homosexuality probably drove him to his desperate act, the real culprit in this affair isn’t homophobia or gay-bashing or “intolerance”: It is simple human cruelty.

Dharum Ravi, Clementi’s freshman roommate, apparently rigged a webcam in their room on September 19, three days before the tragedy. That night, Clementi took in an older male visitor, and the two kissed and embraced passionately while Ravi watched the action via Skype from friend Molly Wei’s room. Later, Ravi Tweeted: “Roommate asked for the room till midnight. I went into Molly’s room and turned on the Web cam. I saw him making out with a dude. Yay.”

Apparently, Ravi later streamed the webcam video to many of his online friends, and it made its way around the Internet. Clementi found out that he’d been publicly “outed” in a spectacularly egregious manner, and he couldn’t cope with the trauma. On September 22 at 8:42 p.m., Clementi Tweeted his last message: “jumping off the gw bridge sorry.” A few minutes later, he took his fatal plunge.
Charges are pending against Ravi and Wei, though it’s not clear how prosecutors intend to proceed. There is, however, widespread momentum in some quarters to nail the pair with a “hate” or “bias” crime. Homosexual activists and their many mainstream-media sympathizers clearly want to milk this incident for all it’s worth. One suspects they are busily looking for ways to pin Clementi’s suicide on gay-marriage opponents, conservative Republicans, Tea Partiers, Sarah Palin, Rush Limbaugh, and whomever else they don’t like.

But when objectively examined, the facts don’t coincide with the tearjerker after-school-special message that many have tried to impose upon this forlorn tale of a doomed lad’s demise. Clementi’s homosexual predilection was far from the matter’s crux. It was merely a convenient foil to be exploited by the heartless pranksters who victimized him mercilessly.