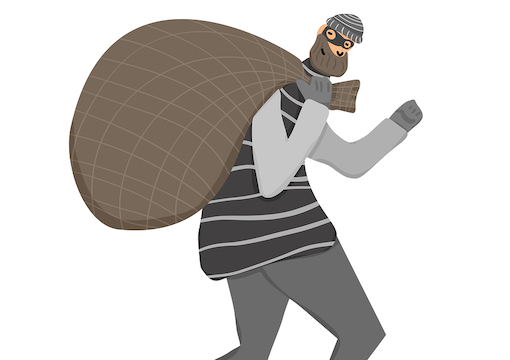 It remains a shocking failure that many African Americans, especially young African American men, are harassed and threatened in their own country…. This tragedy, in a long series of similar tragedies, raises a long overdue question: How do we end systemic racism in our society?… The doctrine and habits of racial superiority, which once nearly split our country, still threaten our Union.

Bush may have meant well, but his words, being inaccurate, aren’t doing Americans any favors. As Heather Mac Donald wrote recently in City Journal,

And, as Andrew McCarthy put it in National Review,

While African Americans are involved in two times more police shootings than their percentage of the population would seem to warrant, they commit 53 percent of murders and 60 percent of robberies—well over four times their percentage of the population. The political establishment would have you assume this statistical disparity is caused by institutional racism that myopically beams police attention onto black men. But we know the statistics accurately reflect reality because crimes get reported by victims—a large percentage of whom are black (also outstripping their share of the overall population).

Still, the myth of systemic racism, like the view that whites are a privileged group, persists. Why? The answer is that the left needs it. For if the United States is an irredeemably racist country, then the left will be justified in destroying it, which is precisely what the left seeks to do.

Nor should we underestimate its organization, resources, or commitment. On Sunday night, New York’s top terrorism cop, Deputy Commissioner for Intelligence and Counterterrorism John Miller, detailed his office’s analysis and investigation into why the New York City protests have become so violent and damaging.

“No. 1, before the protests began,” Miller said, “organizers of certain anarchist groups set out to raise bail money and people who would be responsible to be raising bail money, they set out to recruit medics and medical teams with gear to deploy in anticipation of violent interactions with police.”

He added, “They prepared to commit property damage and directed people who were following them that this should be done selectively and only in wealthier areas or at high-end stores run by corporate entities.”

“If the United States is an irredeemably racist country, then the left will be justified in destroying it.”

“And they developed a complex network of bicycle scouts to move ahead of demonstrators in different directions of where police were and where police were not for purposes of being able to direct groups from the larger group to places where they could commit acts of vandalism including the torching of police vehicles and Molotov cocktails where they thought officers would not be.”

“We believe that a significant amount of people who came here from out of the area…have…advance preparation, having advance scouts, the use of encrypted information, having resupply routes for things such as gasoline and accelerants as well as rocks and bottles, the raising of bail, the placing of medics,” Miller said. “Taken together, this is a strong indicator that they plan to act with disorder, property damage, violence, and violent encounters with police before the first demonstration and/or before the first arrest.”

On Monday, a restaurant owner in Santa Monica told CBS LA that the looters who hit his business traveled in SUVs and were “very well organized.”

“They were very well organized, they came with duffel bags, SUVs,” Jeffrey Merrihue, the owner of Heroic Italian Restaurant, said. ”They went from shop to shop. They went in, cleared out with full duffel bags, another SUV would pull up. It was very impressive, actually, to be honest.”

Merrihue, who opened his restaurant for business on Monday despite his losses and damages, said he had cell-phone video showing the looters in action.

“The vandals broke in, stole our cash machine, stole a few cases of wine,” he said.

A police chief in Bellevue, Wash., which was hit by looting and violence Sunday night, said he thinks the people responsible were organized, from out of town, and being paid.

“There are groups paying these looters money to come in and they’re getting paid by the broken window,” Bellevue’s police chief Steve Mylett told KIRO 7.

“This is something totally different we are dealing with that we have never seen as a profession before,” he said, adding that the group appeared to be trying to deplete police resources.

“We did have officers that were in different areas that were chasing these groups,” he explained. “When we make contact, they just disperse.”

Former New York City mayor and President Trump’s personal attorney Rudy Giuliani said Monday that he has personally seen enough evidence now to conclude that “there was a guiding hand in some of this.”

“Definitely there’s organization behind this,” he said on Sebastian Gorka’s America First podcast.

Giuliani told Gorka that one of the benefits of designating Antifa a terrorist group is that the government now has the ability to investigate the group’s finances.

“It will help a lot in being able to tie together some of the loose ends that could tell you how well organized this is,” he said. “It could answer the Soros question, too, because you get into their books. How much money does he donate and how closely associated is he with them?”

A good question. Meanwhile, the FBI put out a statement on Tuesday saying that the Bureau is seeking information and digital media depicting individuals inciting violence during the protests/riots.

Law enforcement officials say that as the terrorism threat has impacted more of the country, police agencies have redirected their focus on foreign terror groups and terror acts that those foreign terror groups seek to inspire in the United States. As a result, the breadth of understanding of these anti-fascist and anarchist groups is not robust. Let us hope that that changes soon, for clearly these groups are quite serious and dangerous. They have, to be sure, no positive or constructive vision for America; only an agenda fueled by resentment, and founded on lies.