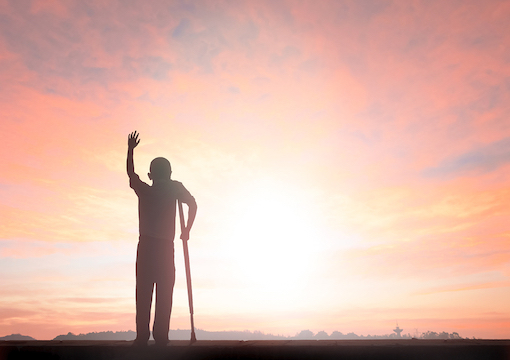 We do not live in a golden age of the four cardinal virtues; perhaps there never was such an age, which is why life has always been such a mess. But we have gone further than our predecessors. I suspect that most of us would now be unable to name the virtues, let alone exercise them. Just to remind you, they are prudence, temperance, fortitude, and justice.

Prudence and temperance we now regard as dull and unromantic; risk and excess are all the rage. I cannot say that I was immune myself from this transvaluation of values. In my youth I loved risk and thought that all who did not take it were of inferior mettle. I had the young man’s belief in his own invulnerability to common danger. I was intemperate not in consumption of drugs or alcohol, but in my expectations of what life could supply.

Justice has changed meaning for us. While once it referred to our own behavior—the requirement that we deal justly with people in our daily dealings—it is now much more abstract, and refers to large-scale demands for social reform of one kind or another. This leaves us free to behave badly, for what are our peccadilloes to set against our efforts to save the planet?

Of all the cardinal virtues, it is fortitude, perhaps, that has come under the strongest pressure of late. It has turned, if not into a vice exactly, at least into a form of imprudence, almost a manifestation of pride (one of the cardinal sins).

Fortitude, courage in adversity, is now betrayal of the self, a failure to admit vulnerability, an invitation to later psychological troubles. It is prideful, in the sense that the person who exercises it is apt to congratulate himself for having done so. Old people often twit the young with the supposed ease of their lives; it was different, and harder, they say, when we were young, the hardships we endured having tempered the steel of our character and made us what we are.

“If everyone went round being the captain of his soul, what would there be for psychologists to do?”

Since temperance, or moderation, is also a virtue, it is important not to take fortitude to absurd levels. But the determination to bear suffering with dignity and without complaint often reduces that suffering. When I was a young doctor, I attended an elderly man who had been losing blood through his back passage, as we used delicately to put it. He was now so severely anemic that he could hardly sit up.

“Why didn’t you call me before?” I asked.

This was absurd, but also noble. With what could I have been busy that was more important than attending to such as he? That, after all, was what I was there for. But what his words implied was a kind of existential modesty that distanced himself from his own woes: He did not consider himself to be of transcendent importance in this, or any other, world. There was a saintliness to him.

Some time later in my career, in a remote part of Africa, I ruptured my cruciate ligament by falling down a deep trench. The pain was very severe, by far the worst I have ever suffered. My knee swelled up with blood as quickly as a balloon being pumped with air. It was a hundred miles over a rutted laterite road to the nearest hospital, and I was put in the back of the pickup truck and taken there, the blood in my knee being shaken as if it were a Bloody Mary in a cocktail shaker. It was excruciating, but I remembered my patient and resolved to take him as my model. I also inwardly recited a verse from “Invictus”:

In the fell clutch of circumstance
I have not winced nor cried aloud.
Under the bludgeonings of chance
My head is bloody, but unbowed.

I resolved not to cry aloud, and discovered that the effort did not so much lessen my pain as reduce its domination over me, its salience, so that I could observe it as if it were a phenomenon of abstract interest. (Of course, the hospital could do nothing for me, and I faced the return journey without any substantial relief.)

The poem “Invictus,” by William Ernest Henley, was no mere effusion of Victorian uplift, as I suppose some cynics might think, for Henley suffered much of his life from tuberculosis of his joints. One leg was amputated, a second was saved from amputation by Joseph Lister, Henley staying two years in Edinburgh Royal Infirmary while Lister treated it. (Henley, a friend of Robert Louis Stevenson, was the model or inspiration for Long John Silver.)

The last line of Henley’s poem, “I am the captain of my soul,” has often been derided, but when you know all that he suffered and continued to suffer, nevertheless becoming a poet of some distinction and a literary editor of even greater distinction (all the important writers of the time wrote for him), you must take off your hat to his memory—unless, that is, you believe that stoicism and fortitude are part of what is now known, including by the American Psychological Association, as “toxic masculinity.”

Ah, if only Henley had been true to himself, he wouldn’t have bothered with all that captain-of-my-soul stuff, but gone into counseling, cognitive behavioral therapy, and psychotherapy, which would really have sorted him out and rid him of the poisonous notion that misfortune was something to be overcome by making the best of things. By doing so, he set a very bad example, for not everyone can overcome misfortune as did he; by becoming famous, by achieving a great deal despite pain and illness all his life, he inhibited myriad others from admitting their vulnerability and victimhood, thereby reinforcing toxic masculinity. It was his duty to have been angry and resentful at his fate, thereby giving work for psychologists and psychotherapists to do. If everyone went round being the captain of his soul, what would there be for psychologists to do? They would need counseling about their loss of income.