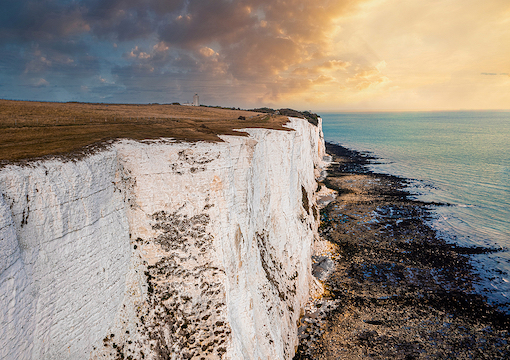 When the British public voted to leave the European Union in 2016, it wasn’t just the result that shocked the liberal establishment; it was also the realization that the voters’ priority was illegal immigration. Now, with “Brexit” supposedly in place, it would be expected that the steady flow of migrants into the U.K. would dry up. Instead it is increasing, and this is due to collusion between Britain’s deep state (it does have one), the organizations tasked with guarding the coastline, nongovernmental organizations (NGOs), and lawyers.

Border Force, the coast guard with a special remit for illegal immigrants, has been outstanding—as a taxi service for incoming migrants, that is. Their boats regularly take incomers from their dinghies in the English Channel and give them a ride to England. Perhaps their mission statement is the comment made by Paul Lincoln, outgoing head of Border Force: “Bloody borders are just a pain in the arse.”

NGOs, in the case of immigration, work tirelessly to prevent deportations, fiercely dedicated to social justice and with the hatred of their own country that goes with that.

“Immigrants have to stay somewhere while their cases are reviewed, and the hotels will soon be full.”

The third set of obstructions to Britain maintaining the integrity of her borders is people who win their battles not with decisive victories but by attrition: lawyers. We will see their role in the U.K.’s immigration fiasco unfold.

The main entry point is the beaches of Dover, in southeast England, and the migrants pay people-smugglers in France for passage in motorized rubber dinghies. The French could easily detain the travelers. They still have their passports at this point and so could be processed more easily. They will throw these passports into the sea as they cross the English Channel. But French president Emmanuel Macron—and the E.U. in general—is enjoying punishing the U.K. for having the temerity to leave the E.U.

Once they disembark—95 percent of them young, fit Muslim men—some simply disappear into the local towns and villages, medically untested and absolutely untraceable. Some are taken not to foreboding concentration camps but to good-quality hotels. Immigrants often turn down offers of rural hotels and even housing because, they claim, they are worried their families might be split up, or that they will miss out on job opportunities. The actual reason is that they want to live in London with their coreligionists.

The British government has recently realized that voters are becoming restless about the lack of perceived action on immigration, and not just the voters whose weddings have been canceled on short notice because the hotel they had booked is now needed to house migrants. So, there are mutterings about a new Bill of Rights, about breaking away from the European Convention on Human Rights (ECHR, and to which Britain is, inexplicably, still beholden in the courts), and about speeding up the application process. To see how that last is going requires inspection of the government’s last big idea to speed up asylum applications. Fly them to Rwanda.

Of course, this turned into a farce. A plane was chartered for half a million pounds, £120 million was given up front to the Rwandan government (who I am sure will invest it wisely), and the flight was set to leave carrying 130 asylum applicants. Then the legal challenges began, and the numbers dwindled until, by the day of the flight, just one passenger was aboard. Then he was taken off the flight too. A legal challenge, I believe.

Apart from the fact that Johnson’s cabinet is stuffed with lawyers who failed to anticipate this blizzard of lawfare, the Rwanda flight exemplifies that there is a well-oiled machine determined to allow no deportations, whether Muslims, Africans, or Caribbeans.

So, a coalition between social justice lawyers and NGOs conspires to prevent deportations, but it doesn’t stop there. The public can now join in. Peckham in south London is a pretty rough area, but for police who arrived to detain a Nigerian man prior to deportation, it got a lot rougher. Locals formed a mob and the police were prevented from apprehending the deportee.

The immigrants themselves also take precautionary measures to prevent or at least stall moves to deport them. Abdul Aziz is a perfect example. Aziz was jailed in 2012 for his role as ringleader of a “grooming gang,” who raped young white girls. Aziz got one 13-year-old pregnant. He got nine years, of which he served three years, seven months. But his British citizenship was revoked and he was scheduled to be deported to his native Pakistan. Five days before the flight, he signed papers renouncing his Pakistani citizenship, rendering him stateless. ECHR laws dictate that someone cannot be deported to a country of which they are not a legal citizen. To top it off, the British were forced to reinstate his British citizenship, and now he walks freely in the town he used to terrorize, no doubt seeing his victims from time to time, and they him.

Another refugee, who claimed he was being persecuted in his native Nigeria, did some persecuting of his own six years ago when he raped a teenage girl. A deportation order was given, and the man was on the plane waiting to taxi onto the runway. Fortunately for social justice, some right-minded fellow passengers prevented the plane from taking off, allowing a formal legal challenge to be made and granting a stay of execution. A few months later, he was on the tarmac again before being taken off the flight as the result of a legal application for case review. Now his case, like so many others, is locked in litigation.

But immigrants have to stay somewhere while their cases are reviewed, and the hotels will soon be full. The public need not worry, however, as government has the answer to that, too.

The tiny North Yorkshire village of Linton-on-Ouse has a population of around 700 and is evocative of a vanishing England. On its outskirts, it is also home to an abandoned Royal Air Force base, and the government proposes to turn this into a migrant holding center. There was no consultation with the local residents, and it wasn’t fifty or sixty fit young Muslim men the government wanted to place there, but up to 1,500. And they won’t be confined to barracks, but free to roam into town to see what the nightlife offers. Linton-on-Ouse has one shop and a church.

It has become faddish for politicians and media pundits to describe an underperforming organization or government department as “unfit for purpose.” This is fine as long as there is agreement on what the purpose is.