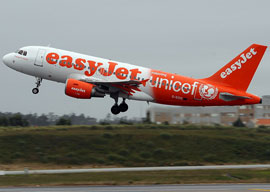 Yesterday I was on a flight on an airline that claimed to be deeply anxious to preserve the environment, though not quite anxious enough, obviously, to go out of business. This kind of self-righteous sanctimony, a commercial reflection in the mirror of political correctness, ever more prevalent, irritates me greatly, and would irritate me just as much if the claimed virtue were real rather than false. Save the world by all means, but please do so in private.

Worse was to come. A short while before we came into land the chief steward announced over the public address system that the airline was making a charity collection and that this month’s charity was UNICEF. A small contribution”about 60 cents US”was enough to immunize a child against a disease that might otherwise kill it. And to prove that this was true, a recording of a celebrity (of whom, naturally, I had never heard) was played that relayed exactly the same message. How could what a celebrity said be wrong?

Those who would once have been called stewards and stewardesses passed up and down the aircraft aisle to the jingle of allegedly life-saving contributions. It was like passing the plate at the end of a religious service. The passenger next to me gave generously, and for a moment I felt morally intimidated into doing likewise, but in the end I was able to resist. I kept my hands in my pockets.

“Save the world by all means, but please do so in private.”

Quite apart from the fact that there are few countries that really could not save their children’s lives for 60 cents if they really wanted to (rather than, say, have their ambassadors riding chauffeur-driven around the capitals of Europe in black Mercedes limousines), I am not an unequivocal admirer of UNICEF. This is not just because their Christmas cards are in doubtful taste. I simply do not believe that if I gave it 60 cents it would use it to save the life of a child. Like most charities these days, it has other priorities that it was set up to serve.

In fact, UNICEF is the greatest mass poisoner of children in world history. It employed the comparatively old-fashioned poison of arsenic that practically no poisoner uses nowadays. The last mass poisoning by arsenic that I know of, though I am no expert, was in Manchester, England, in about 1900, when arsenic-tainted sulfuric acid was used in the manufacture of beer and about 6,000 people suffered arsenic poisoning. Forty years before that, not far away in Bradford, a confectioner adulterated his peppermints with white arsenic (which was cheaper, apparently, than peppermint cream) and sixty children died.

These were trifling affairs by comparison with UNICEF’s great effort, greater than that of the Manchester brewery by at least a thousand times. Like the brewer and the confectioner, UNICEF had no malicious intent, but as we all know intention and effect are not always quite the same. Indeed, they are often opposite.

In Bangladesh, UNICEF correctly observed that diarrheal diseases were killing a lot of children. In all poor countries diarrheal diseases caused by a contaminated water supply are among the most prolific killers of children, and UNICEF decided to give Bangladesh clean water. It sank millions of tube wells so that Bangladeshis should henceforth drink clean groundwater.

Unfortunately, as it turned out, much of the groundwater, clean enough bacteriologically, was contaminated with arsenic. This was natural rather than added by someone with wicked intent; but the result was that millions of Bangladeshis were poisoned by it. Chronic arsenic poisoning is an unpleasant condition and is even fatal in the long term. It is carcinogenic, and cancer rates began to rise in the country.