United We Sit on the Couch 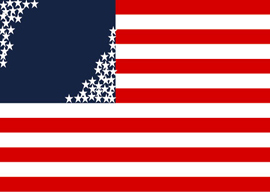 So the California regency (er, Eighth Circuit Court) has sided with the homosexual lobby against the majority’s express will. This is no surprise. When judicial autocracy clashes with popular opinion, the entrenched power always wins. This is what leads to civil wars.

The United States today is more at odds with itself than any time in its history, including 1861-1865.

Today the country is evenly divided between:

• Those who think abortion should be illegal and those who say it should be allowed, if not encouraged.

“Although we are a nation of opposites, in the way which counts we are identical—our lassitude.”

• Those who think workers are entitled to the fruits of their labor and those who think all of it—including their salaries, homes, and educational opportunities—belongs to minorities of every race, economy, and persuasion.

A friend of mine serving in government has often said things to the effect of, “It is approaching 1860. All the compromises have been made. All the concessions have been given. We are fundamentally and philosophically two peoples, and we have bridged as many gaps as possible between ourselves.”

But there will be no new civil war. Although we are a nation of opposites, in the way which counts we are identical—our lassitude.

Our working hours are occupied with mostly insignificant and redundant tasks. These are compounded by regulations and requirements which constitute “busy work.” Most of what occurs in the United States today is not productive labor; it is service work often done in the service of merely creating jobs which create nothing of consequence.