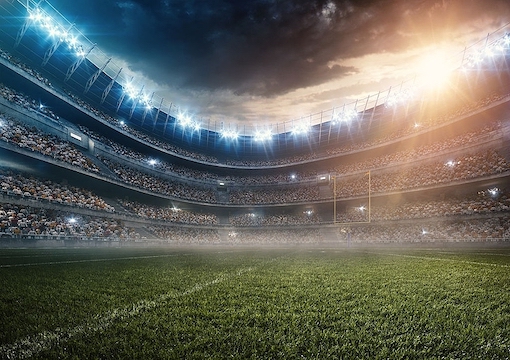 NEW YORK—What follows has been covered ad nauseam, but I wonder why people were surprised at the planned football breakaway Super League. Professional sports in Europe now follow the American way, which means money comes before tradition, hometown loyalty, and lastly the fans, the schmucks who live and die for their teams. The bottom line in American sports is what it’s all about, and European football has a lot to learn from the closed shop that has made American sports zillions and zillions. I’ll be brief.

American football, baseball, and basketball teams are privately owned, and no matter how badly they perform, they cannot be relegated to a minor league, à la in Europe. The owners of pro teams vote and decide the rules—or changes to those rules—accept or reject who can join the exclusive circle, and vote to ban for whatever reason any interloper trying to crash the exclusive club. The specter of promotion or relegation does not exist in American sports, and it is viewed as a particular European perversion unwelcome to the billionaires’ club that owns professional sports. Not a bad deal for a certain few.

“Profit is what pro sports—like everything else in America—are all about.”

So it was only a matter of time that a closed-shop deal would perform a come-hither dangle in front of such pure and noble sportsmen as Stan Kroenke, John Henry, and the ghastly Glazers. When I was a boy, professional players such as my hero—and later on friend—Mickey Mantle were bought at a very young age by a major-league team like the New York Yankees, and remained Yankee property for life. It was, in a way, indentured service. Then a player named Vida Blue sued baseball and a new deal was signed giving the opportunity to professional ballplayers to become free agents after a certain amount of time. You know the rest. Players discovered agents, agents discovered lawyers, and suddenly owners discovered judges ready to throw the book at monopolistic practices, unless. So the owners opened up their pocketbooks wide, but managed to keep the closed shop firmly shut.

Sports in America come under entertainment and are subservient to television scheduling, while sponsors make the laws. Profit is what pro sports—like everything else in the country—are all about. The New York Mets are a baseball team that began rather late, back in the early ’60s, and the new franchise was financed by a group that actually invented baseball in the 19th century, the Doubleday family. I was stepping out with a girl whose grandmother, Mrs. Payson, was the principal owner. The Mets were fun and lost more games than any team in history before they became the miracle Mets in 1969 that won the whole kit and caboodle. Before her granddaughter and I broke up, Mrs. Payson explained to me why professional teams like baseball had thrived: They were exempted from antitrust laws by Washington, D.C., at the very start of the 20th century, and owners of professional teams were ready to get down and dirty in order to keep their closed-shop privileges. Payson was a grand old lady and is no longer with us, and she sold her shares to two real estate sharks whose moneyman was someone named Bernie Madoff.

The rest is easy to guess. Madoff kept the two sharks happy because they gave him the best seats in the house. After his downfall, the two sharks had to claw back some of their ill-gotten gains. With less money the Mets did less well, until Steve Cohen bought them this year and started to splurge. Cohen is a multibillionaire charged time and again for insider trading by the feds, but unsuccessfully. They never made it stick. He was suspended from trading for years, and some of his executives went down for the count, but Stevie baby always came out smelling like the proverbial rose. Some rose. He has now joined the exclusive club of Major League Baseball owners and is splurging like there’s no tomorrow. The American owners of English football clubs must have felt like Scarlett O’Hara’s less attractive sister, cheated out of their rightful profits by having to spread the wealth with lesser clubs. It was un-American, to say the least. Why share with losers, must have crossed their fevered brows time and again.

What I don’t get is what Andrea Agnelli and Juventus were doing among such filth. When the great Gianni Agnelli and his brother Umberto held the reins the team was run as an Italian symbol of impeccable sporting honor. After both brothers died the team was relegated for bribery but eventually made its way back. Andrea Agnelli left his wife and got involved with a Turkish woman—never a good sign—and is now branded a liar and a louse by FIFA. And what about Dimitris Diamandopoulos? He also goes by the name of Jamie Dimon, head of banking giant JP Morgan and sole lender to the Super League endeavor. What was Mr. Diamandopoulos thinking when he decided to become the key ingredient to the dastardly deal? I couldn’t tell you, but I know what he should do now. Change his name back to Dimitris Diamandopoulos, hang a blue-and-white Greek flag outside his offices, and denounce the American way that once upon a time was the only way, but now has become one and the same with Joel Glazer, Steve Cohen, and Ali Baba.