Valor Is Wasted on the Old 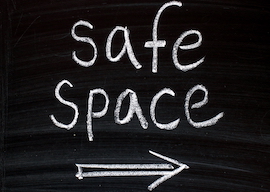 Here’s what a wise man recently said: “Our youth love luxury; they have bad manners, contempt for authority; they show disrespect for their elders, and no longer rise when a lady enters the room. They chatter instead of exercising, gobble up their food, and tyrannize their teachers.” Well, in the great scheme of history, I suppose it qualifies as recent. It was by Socrates, 2,000 years ago. The French would say, “Plus ça change”; I say, what else is new?

Good old Socrates, I wonder what he would have to say today about triggers. As in trigger warnings to forewarn the young about upsetting passages to come. In An American Dream, Norman Mailer’s explosive novel of 1965, the protagonist, Stephen Rojack, a decorated war hero, kills his wife by throwing her off the roof, then buggers the maid and goes out on the town looking for action. Young people today would go on a tailspin, and that’s only Mailer; just think what Shakespeare, Marlowe, or the Russians would do to their vulnerable psyches. Admittedly, I am an oldie who grew up during World War II being bombed nightly by the Allies and witnessing a savage civil war, but trigger warnings were the last thing on my 4-year-old mind. Dodging bombs and bullets was somehow more important. Never mind. I do feel sorry for that 16-year-old who was upset when he read the calorie count on something he was about to devour. “The caloric count triggered me and brought back bad memories, and I was about to cry.” Poor little fatty, do 400 sit-ups and you might feel better.

Don’t get me wrong, although not of the same sexual persuasion as the great Oscar, I agree with the playwright’s announcement that “Nothing’s better than youth, but what a pity it’s wasted on the young.” It is only recently that negative or joking references to homosexuals, women, minorities, and youth in general have been forbidden. I remember well an Oxford professor friend of mine who referred to his students as smelly and inattentive, his fellow academics as a dreadful collection of deadbeats, homosexuals as deviants, and feminists as rancid females who feel they have not advanced in this world. He was Norman Stone, and he died only last June. Stone was a great professor and a great man, although I should have given a trigger warning before bringing up his name.

“Thank God for the brave men, very few are left alive to read such BS.”

Mind you, there are some very silly women around doing feminism no favors. For example, “Free the Nipple.” It sounds like a Woody Allen fantasy film, but actually there’s a social media campaign for women’s rights to bare their breasts. “Why should male nipples be allowed and not ours?” Facebook, in my book probably the most destructive invention since the A-bomb, agreed to talks with those behind this rather childish campaign, the lactiferous-duct activists having scored a victory against us male chauvinists. Personally I would be for freeing the nipple, but in my experience, women who bare their breasts at the drop of a top are usually rather homely and overweight. In all my years on the Riviera and on Greek islands I have yet to see a truly beautiful woman bare them. All it means, really, is somewhere along the line some women stopped fighting genuine injustices and became very silly.

But let’s get back to the young, or snowflakes, as they’re called nowadays. Last year I spent a week on the beaches of Normandy in the company of some military historians preparing their books for this year’s 75th anniversary of D-Day. We visited the first German bunker to be hit right on the edge of the beach about fifty yards from the sea. James Holland, the noted British historian, pointed out that the first Victoria Cross was awarded to a Scot grenadier who blew up the bunker, killing all the Germans inside. I pointed out to him that the defenders were mostly men over 50 and some youngsters of 16 and 17. They had a couple of machine guns and a Panzerfaust—bazooka—as weapons. Looking out, they had seen 6,700 ships or so firing their huge guns at them. No one had run. They had stood and died at their posts. It was not a popular argument—everyone was British—but the courage of the German soldier was not disputed. Nor, of course, of the invading American, British, and Canadian troops.

What does the above have to do with the hissy fits sparked by our youth of today? Everything! The men who fought on the beaches 75 years ago never saw themselves as worthy of special treatment. None of them were “offended” or “upset” when ordered to jump into the water under a hail of bullets and hit the beaches. Ditto the Germans when ordered to stand and fight against incredible superior odds. When the snowflakes complain about some rape scene in a long-ago-published book, and the fact they had not been warned about it, I wonder what the men who fought on those beaches must think. (Thank God for the brave men, very few are left alive to read such BS.) But dear readers, try to imagine these phone zombies, selfie addicts, and me-me-me gamers of today being ordered to attack or defend those beaches. They would expire before the first shot was fired. Long live us oldies.