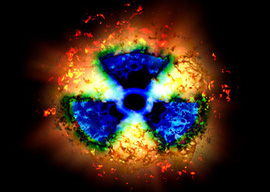 Ending the Iraq war has allowed us to strike decisive blows against our enemies.  From Pakistan to Yemen, the al Qaeda operatives who remain are scrambling, knowing that they can’t escape the reach of the United States of America. (Applause.)

He is referring to the drone war. Moments later, Obama turned his sights on the big enchilada:

Look at Iran….The regime is more isolated than ever before; its leaders are faced with crippling sanctions, and as long as they shirk their responsibilities, this pressure will not relent.

Let there be no doubt:  America is determined to prevent Iran from getting a nuclear weapon, and I will take no options off the table to achieve that goal. (Applause.)

“A war president is almost a cinch for reelection. War is a great distraction.”

Washington does not have diplomatic relations with Tehran. Congressional resolutions have effectively mandated that the White House not negotiate with Iran. The propaganda line is that Iran is a terrorist pariah state. The unstated but de facto US policy toward Iran seems to be regime change. First came economic sanctions, now an embargo of Iran’s oil exports, to which EU has just agreed.

This affair is all about Washington’s ongoing effort to demonize Iran and justify increasingly onerous economic sanctions on them, as was the case with Iraq. The hook on which they are hanging this policy is Tehran’s alleged program to acquire nuclear weapons. Such a development supposedly endangers our “allies” and “interests.” They used a very similar hook—a supposed threat about “weapons of mass destruction”—to get the weary American public to go along with the Bush/Cheney invasion of Iraq.

Iran looks like a replay. Although the projected threat from Iran has been hyped to the skies, I have seen no convincing proof of an Iranian nuclear-weapons program. Chief of state Ali Khamenei has issued a fatwa forbidding the development and use of nuclear weapons. The US National Intelligence Estimates of 2007 concluded that Iran had not been developing a nuclear-weapons program for the previous four years.