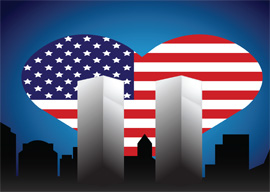 Fires are blazing across the Middle East as Muslims who have medieval conniptions at any depiction of their dead pedophile prophet are storming and torching American embassies and consulates in multiple countries. Thus far violent disturbances have been reported in Libya, Yemen, Egypt, Iraq, Iran, Tunisia, Sudan, Morocco, and as far afield as Berlin and Bangladesh.

It’s currently unclear how much of the violence was motivated by organized jihadist militias seeking vengeance on the anniversary of the 9/11/2001 attacks and how much was spurred by reaction to an almost inconceivably inept anti-Islamic film called Innocence of Muslims. Hillary Clinton called the film “disgusting and reprehensible,” and American politicians across the disgusting and reprehensible spectrum have strained to make clear that we don”t hate Islam nearly as much as we appear to enjoy bombing the dung out of the Muslim world.

The film, which features segments where references to Muhammad, Islam, and the Koran are obviously dubbed onto the soundtrack rather than spoken by the actors, has also been denounced by an actress who says she has no idea she was hornswoggled into appearing in a clumsy anti-Muslim agitprop piece. The film was originally reported to have been produced by an Israeli Jew, but it now appears that a California-based Egyptian Coptic Christian previously imprisoned for financial fraud was behind the whole shebang.

“They say you can”t put a price tag on human life, but a billion dollars per body seems a bit steep to us.”

American neoconservatives, who are apparently as easily manipulated by simplistic emotional triggers as their Islamist enemies, are predictably calling for nuking the entire Middle East and stomping the barbarian Muslim cockroaches and obliterating these stinking clitoris-slashing cavemen who apparently aren”t grateful for the fact that we”ve diddled aggressively in their affairs for decades now.

After all, this is America, and we hate terrorist bombers. We also stand up and fight whenever a foreign country kills our citizens. We are a sovereign nation, and neither Obama nor Romney will ever bow to foreign powers.

Nearly three thousand Americans were killed in the attacks of September 11, 2001. In our mission to prove that we won’t stand for Americans being killed, we’ve allowed over twice as many American soldiers to be killed in Iraq and Afghanistan. This isn’t counting the two hundred thousand or so “collateral” deaths from these wars. Nor does it count the estimated $3 trillion or more that the wars will cost American taxpayers.

If America had actually wanted to destroy those responsible for 9/11, it was already aware that most of that epochal event’s perpetrators and financiers weren’t from Iraq, Iran, Egypt, or Libya. They were from our beloved “ally,” Saudi Arabia.

We are no fans of Islam and understand that it has been an intolerant and totalitarian political-religious system that has thrived on blood and conquest since its inception. It has also been a perennial foe of the West going all the way back to the days of Charles Martel and Moorish Spain.