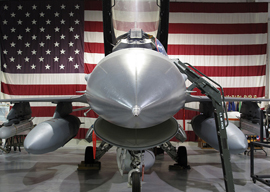 Barack Obama campaigned for president on a promise to end the war in Iraq and “finish the job against al Qaeda in Afghanistan.” More than two years after he took the oath of office, American forces remain in Afghanistan and Iraq. Instead of eliminating two wars, he has lunged into a third in Libya. How is it that a nation that spends more on war (or, as it is officially called, “defense”) than all other countries in the list of the world’s top ten military spenders combined is not winning the battles in two Third World countries? With such a record, why is it stumbling blithely into a third? An old journalistic rule of thumb is to follow the money. Yes, Virginia, there are countries that go to war for money.

The United States teaches its children that it is the great exception to most rules. Thus, its leaders are too noble to risk lives for anything as base as lucre. No president would send American Marines into a country such as Haiti merely to collect a debt for a private bank”unless he happened to be Woodrow Wilson. In December 1914, Wilson dispatched Marines to Port-au-Prince, where they looted two strongboxes containing $500,000 from the National Bank of Haiti and delivered them to New York City Bank. That kind of debt collection may well have inspired young Alphonse Capone to launch his career among Chicago’s Italian immigrants. In 1915, a Marine major won the Congressional Medal of Honor for an engagement in which at least 50 Haitians lost their lives at a cost to the US of one wounded Marine. In 1935, Smedley Butler, by then a retired general, regretted a military career that made him the most decorated Marine of his time:

“Money is there to be made with every shot fired, every house leveled, and every peasant blown away.”

I spent 33 years and four months in active military service and during that period I spent most of my time as a high class muscle man for Big Business, for Wall Street and the bankers. In short, I was a racketeer, a gangster for capitalism. I helped make Mexico and especially Tampico safe for American oil interests in 1914. I helped make Haiti and Cuba a decent place for the National City Bank boys to collect revenues in. I helped in the raping of half a dozen Central American republics for the benefit of Wall Street. I helped purify Nicaragua for the International Banking House of Brown Brothers in 1902-1912. I brought light to the Dominican Republic for the American sugar interests in 1916. I helped make Honduras right for the American fruit companies in 1903. In China in 1927 I helped see to it that Standard Oil went on its way unmolested.

Where is the money in Libya? When France and Britain decided to back those who seemed likely to seize power in Libya, they had every reason to expect the grateful victors would award oil concessions to British and French companies. Imagine for a moment that their motives were pure: protecting civilians. Yep, just like they are not protecting them in Yemen, Bahrain, Gaza, and Syria.

Oil concessions to European companies don”t sit well in the boardrooms of generous petroleum-sector benefactors to American presidential campaigns. Could that be a factor for Saint Barack and his humanitarian interventionists Hillary Clinton, Susan Rice, and Samantha Power? No, this was all about saving the Libyans, whom they had never considered in the years since the US took Colonel Gaddafi back into the community of spruced-up world leaders. Hillary is now acting outraged that Gaddafi has used cluster bombs on civilian areas in Misurata. When reporters informed Mrs. Clinton about the bombs, she answered:

That is worrying information. And it is one of the reasons the fight in Misurata is so difficult, because it’s at close quarters, it’s in amongst urban areas and it poses a lot of challenges to both NATO and to the opposition.