Warning: May Cause Lawsuits 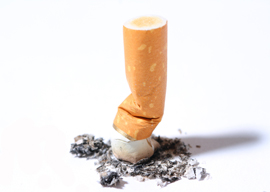 The brother-in-law of a friend of mine died recently. He was 76, a good age considering his lifestyle. He had spent many years from morning till night sitting in a corner with his Spanish red wine, smoking and watching television. It was not a way of life that attracted me, but it was his choice and he stuck to it with a fine determination.

No doubt if he had followed doctors” orders from the moment he first came to their attention (he had suffered, not surprisingly, a progression of serious illnesses) he would have survived a few years more. Clearly he did not think the bargain a good one: twenty years of abstinence for an extra four years, shall we say, of boredom. In a way I admired him for his utter rejection of what most people would consider common sense. A world ruled by common sense would be intolerable in its smug dullness.

The other admirable thing about the deceased was that he would have never claimed, never have dreamed of claiming, that his mode of life was anything but his own choice; he was responsible for its consequences, up to and including his death. He had made his bed, in fact his deathbed, and he was content to lie in it.

“The tobacco companies” various attempts to muddy the scientific waters had no effect whatsoever on the public understanding that smoking is harmful to health.”

Compare his dignified acceptance of his own fate with the conduct of the widow of a man called Michael Johnson in Florida, who brought an action there against the R.J. Reynolds tobacco company for the wrongful death of her husband.

Michael Johnson died in 1996, aged 36, of lung cancer. He had been a chain smoker since he started to smoke aged 13, that is to say from 1973. The allegation against the company was that it willfully concealed from Mr. Johnson both the dangerous and the addictive nature of its product, to which he became helplessly and hopelessly addicted. After the jury awarded the widow $7.3 million, and his son by a former marriage $9.6 million, in compensatory damages, the plaintiff’s lawyer said that Mr. Johnson couldn”t give up smoking and smoked till the day he died. The jury also awarded $23.6 billion to the widow in punitive damages, an award that is unlikely to survive appeal.

There is no doubt that tobacco companies have minimized the harms done by tobacco, denied the addictive nature of its ingredients, added nicotine to cigarettes to make them more addictive, and so on and so forth. Commercial companies are no more honest than private individuals, and if medical studies were to demonstrate, say, the harmful effects of Coca-Cola, as I daresay one day they will, I should expect the company to deny their validity as long as it was able.

But it is not enough in the tort system to show that the defendant has behaved badly; it is necessary to show that harm came to the plaintiff from his bad behavior. And personally I have never met anyone who believed the tobacco companies” denial of the harmfulness of their product. That Mark Twain was aware, considerably more than a century ago, of the addictive nature of smoking is demonstrated by his famous witticism that giving up smoking is the easiest thing in the world to do because he’s done it hundreds of times. I remember a popular song in Britain from the 1950s, or it might have been the early 60s, in which a gravelly-voiced and coughing comedienne sang that she would give up smoking “once I”ve had just one more cigarette.” In other words, the addiction caused by smoking was common knowledge for years, decades, before Mr. Johnson took it up.

Mr. Johnson started to smoke when he was 13, and it is very unlikely that he did so without the knowledge that he should not, that he was breaking some kind of rule by taking up the habit. Unless he was forced to smoke against his will, which is all but impossible, he chose a wrong path, perhaps because it was wrong rather than in spite of its being wrong. It is possible, likely even, that he became addicted to tobacco by the time it was legally permissible for him to purchase it, but this hardly can be laid at the company’s door. The company is not parent to the child.