Was Iraq Worth It? 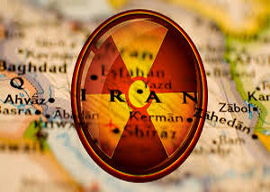 Destroy the chemical and biological weapons Saddam Hussein had amassed to use on us or transfer to al-Qaida for use against the U.S. homeland.

Exact retribution for Saddam’s complicity in 9/11 after we learned his agents had met secretly in Prague with Mohamed Atta.

Create a flourishing democracy in Baghdad that would serve as a catalyst for a miraculous transformation of the Middle East from a land of despots into a region of democracies that looked West.

Not all agreed on the wisdom of this war. Gen. Bill Odom, former director of the National Security Agency, thought George W. Bush & Co. had lost their minds: “The Iraq War may turn out to be the greatest strategic disaster in American history.”

“Iraq made a major contribution to the bankrupting of America.”

Yet, a few weeks of “shock and awe,” and U.S. forces had taken Baghdad and dethroned Saddam, who had fled but was soon found in a rat hole and prosecuted and hanged, as were his associates, “the deck of cards,” some of whom met the same fate.

And so, ‘twas a famous victory. Mission accomplished!

Soon, however, America found herself in a new, unanticipated war, and by 2006, we were, astonishingly, on the precipice of defeat, caught in a Sunni-Shia sectarian conflict produced by our having disbanded the Iraqi army and presided over the empowerment of the first Shia regime in the nation’s history.

Only a “surge” of U.S. troops led by Gen. David Petraeus rescued the United States from a strategic debacle to rival the fall of Saigon.

But the surge could not rescue the Republican Party, which had lusted for this war, from repudiation by a nation that believed itself to have been misled, deceived and lied into war. In 2006, the party lost both houses of Congress, and the Pentagon architect of the war, Don Rumsfeld, was cashiered by the commander in chief.

Two years later, disillusionment with Iraq would contribute to the rout of Republican uber-hawk John McCain by a freshman senator from Illinois who had opposed the war.

So, how now does the ledger read, 10 years on? What is history’s present verdict on what history has come to call Bush’s war?