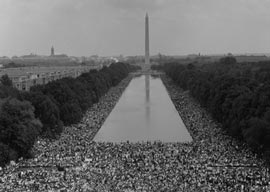 That was my mother’s singsong refrain whenever I”d complain that some film we were watching made no sense.

To this day, my biggest movie beef can be distilled to one inelegant, juvenile question:

“That Guy.” His names are legion: Kasper Gutman. Darth Vader. The Sheriff of Nottingham. Mr. Potter (although Uncle Billy needed killing even more). Whoever the head guy is in all the Hunger Games flicks I”ve never seen because I”d be yelling, “You have BOWS AND ARROWS, ferchrissakes!“ from the back of the theater.

Did you grow up when I did, when in every other movie, That Guy was the Evil Southern Sheriff Who Ran the Whole Town? There was no escape from his suffocating power and influence, his ominous chortle, and his giant belly (which took up a third of the drive-in screen). He decided who voted, who won, who went to jail, and who got off scot-free. And, of course, he was a Klansman or something like it.

“My questions started to encompass real-life events below the Mason-Dixon line and veered beyond the annoyingly pedantic and straight into oncoming heretical traffic.”

If any genre was guaranteed to trigger my party-pooping protestations, it was this one. Think about it: Almost every character in these hicksploitation flicks is already heavily armed and surely knows of some holler where That Guy’s admittedly corpulent corpse could still be stashed undiscovered.

But as I dutifully swallowed our culture’s mandatory diet of Roots, my questions started to encompass real-life events below the Mason-Dixon line”the civil rights movement”and veered beyond the annoyingly pedantic and straight into oncoming heretical traffic:

If all these black folks managed to walk to work instead of riding the bus, why didn”t they just do that in the first place and save 10 cents a day? Who actually wants to eat at a Woolworth’s lunch counter anyhow?

And, as I got even older: Wasn”t it obvious to anybody else that Barry Goldwater was correct, that the Civil Rights Act had ushered in our era of shuttered and sued print shops and bakeries in the name of “equality”?

Then a few years back Ann Coulter articulated another thing that had nagged at me, in an incoherent, barely audible mumble, for almost as long:

That is: By valorizing Martin Luther King’s intentional (albeit nonviolent) lawbreaking (rather than the less photogenic grunt work of lawmaking, we granted tacit permission to future, inferior individuals to do the same (and worse) for increasingly faddish and socially corrosive causes. If Rosa Parks refused to give up her seat on the bus, why can”t a butch tranny”his wedding tackle still intact”insist on using the ladies” room in Parks’ name? And sue if he doesn”t get his way?

And finally, I began to wonder:

Why didn”t they just kill That Guy?

Why didn”t Southern black folks just shoot at Klansmen who burned crosses on their lawns, or at corrupt lawmen who pulled them over for nothing? Yes, they”d get killed. So would the next guy maybe. But eventually, wouldn”t the, er, arc of the moral universe bend toward getting left the hell alone?

Oh, right: nonviolence. MLK. And they were all too terrified. Blah blah blah.

Except two recent books by African-American scholars remind us that King’s pacifist civil disobedience actions were often backed up by battalions of now-forgotten gun-toting black men (and some women) who served as (mostly) discreet bodyguards to civil rights workers throughout the South: Negroes and the Gun: The Black Tradition of Arms by Nicholas Johnson of Fordham Law School, and This Nonviolent Stuff”ll Get You Killed: How Guns Made the Civil Rights Movement Possible by Freedom Summer veteran Charles E. Cobb Jr.