We Are All Parasites 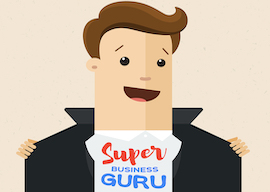 It so happened that I was reading a book about gurus when I first heard of Adam Neumann. Not moving in the circles of billionaires, or alleged billionaires, and leading a very sheltered existence as far as I am able, I had not heard of him before. But as soon as I saw a picture of him in the wake of his dismissal as CEO of WeWork, with his long hair, T-shirt, and microphone, I thought, “Aha, a guru!” And, like any modern guru worthy of the name, he had indulged in the malversation of funds, morally if not legally, on a large scale.

I don’t know anything about business or investment, but as far as I could make out, his business was fundamentally nothing but renting out office space to people who could not afford permanent offices. This is a good idea, no doubt, though it was not his, but to have parlayed it into a business allegedly worth many billions while making heavy losses takes genius—of a kind. As did claiming (without being laughed down) that this business was worth $47,000,000,000.

It appears that the company had a private jet while losing more money than it turned over ($1,900,000,000 against $1,800,000,000). I don’t know whether this is a first in history, but presumably the company could survive only by finding someone to throw good money after bad. As Macbeth might have said if he had lent money to the company, “I am in loan stepp’d in so far that, should I lend no more, returning were as tedious as go o’er”; indeed more tedious, in so far as it would imply that the original loans were not performing and might give rise to awkward questions about the wisdom and competence of those who made them. Meanwhile, my bank tells me every month that it is prepared to lend my tiny company up to 4 percent of the amount of money I already have in the bank. Thanks very much: Such is the wisdom of bankers.

“The most successful gurus are not straightforward crooks, at least not to begin with.”

What is one to conclude from this? I suppose it is that in the modern world the path to fantastic personal success, or at least a very important path, is not that of inventing something that people want and that can be developed and sold at a profit, but of convincing investors to part with their—or more often, other people’s—money to finance a bubble. And for that you need the skills and confidence of the successful guru.

Gurus fleece by promising new meaning to the gullible. Their eyes shine, they gesture, they are alternately passionate and calm. They don’t believe, they know. If you are lucky, you have never met such a person, for we are all, to varying degrees, susceptible to him. One might have thought, though, that bankers—of all people—would not fall easily for their charms, or rather wiles.

The most successful gurus are not straightforward crooks, at least not to begin with. If they deceive, they are also to a large extent self-deceived. However, with repetition and success comes more straightforward skulduggery, swindling, misappropriation of funds, sexual predation, and so forth, all because they now believe themselves to have been granted impunity, as with a diplomatic passport.

Many gurus mark themselves out by their dress: in this case, T-shirt despite immense wealth. How can such a man not have seen through the triviality of mere appearance to a deeper reality? Of course, there is also the opposite type of swindler, the one who is hyper-respectable and sober in appearance, like Mr. Madoff. How gladly I should have entrusted my savings to him if he had asked me! Such a calm, intelligent face, full of strong but discreet character! His scheme was so brilliant that even now it excites my admiration, though I know that it was wicked. He offered not huge and spectacular gains, but steady, invariant, yet more than adequate ones that could plausibly have been the fruit of unusually wise investment in turbulent times. And he offered them only to the people whom he accepted as clients, who then came to think of themselves as specially privileged to be taken into his embrace, which turned out be more spider’s web than sheltering fold.

I think I must be very naive, for I fail to understand how companies that have never made a profit, however long they have been in existence, can be valued so much more highly than those that make profits almost without fail. No doubt the companies in question promise at some time in the future to make eye-watering profits once they have cornered the market and can then charge monopoly prices, having driven everyone else from the field; but this glorious future (glorious, that is, for holders of the stock, not so much for the average or below-average customer) seems rarely to arrive. Meanwhile, financiers finance, at least until, like socialists, they run out of other people’s money. But then, I suppose, they can always ask the government to create more money, so that they never really run out of other people’s money.

I know that metaphors of parasitism are dangerous, and can soon turn in people’s minds from metaphor to literal truth; nevertheless, it is difficult not to think of the WeWork story without recourse to such metaphors. But then, as I was leafing through my library the other day, I came across a slim volume by the famous surgeon Sir John Bland-Sutton titled On Faith and Science in Surgery, published in 1930. Sir John gave the John B. Murphy Oration, delivered in Detroit, Michigan, on Oct. 3, 1927, titled “The Parasitic Origin of Man,” in the course of which he said, “Pregnancy is the epitome of a parasitic infection…. The fœtus may be regarded as a tumour growing within its mother, the consequence of an infection by a parasite—the spermatozoon.”

Yes, we are all parasites when it comes down to it, feeding off that greatest organism of all, Mother Earth. What is the antibiotic that will rid the earth of this plague? Asteroid, global warming, an untreatable parasite of the parasite? Then, and only then, will Mother Earth be restored to her primal peace and beauty.