We Don’t Trust You 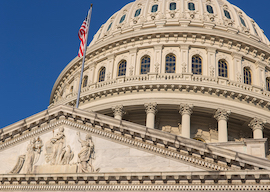 Like all Americans, I’ve been deeply moved and horrified by the recent spate of mass shootings. Surely, I thought, there must be some common sense gun regulations that could put an end to the carnage — red-flag laws, longer waiting periods, age limits, something!

Leaving aside the usual suspects, who are rushing to the microphones to demand the immediate confiscation of all guns, liberals are appealing to us to come together in good faith and formulate a plan to keep guns out of the hands of these monsters, using fair process and common sense.

The only problem is that no one on their side believes in good faith, fair process or common sense. Here’s the reality: We don’t trust the other side, nor should we.

Americans used to be able to rely on two bulwarks to protect us from stupidity:

1) Legal process — The genius of our founders was to strictly limit the power of capricious, and often armed, government officials and to create a government of laws that made major changes difficult, but not impossible.

You want a new amendment to the Constitution? Get 38 states to ratify it, two-thirds of the Senate to vote for it, the president to sign it. There — you’ve changed the constitution. You oppose a law? Run for office, put a proposition on the ballot, donate to a campaign, persuade your fellow citizens — or move to a different state.

2) Common sense — We also used to be able to assume that a basic reasonableness undergirded our society, flowing across generational lines, political divides, racial differences and policy disputes. Until the 1970s, for example, federal courts mostly enforced actual legal and constitutional rights on the books. The other branches of government tended to perform their roles in good faith — or at least not in obvious bad faith.

Whether you were a Taft Republican or a JFK Democrat, you believed that we had a border, that people here illegally would be processed according to law, that there were two sexes, that free speech was a hallmark of our nation, and that a kid could dress up as a cowboy or Indian for Halloween without being branded a “racist.”

Naturally, therefore, my first instinct was to assume that our shared respect for process and decency remained. But I now realize that’s wrong.

In 1994, nearly 60% of Californians voted to deny government services to illegal aliens. Proposition 187 was approved 59% to 41%, with the votes of 56% of African Americans, 57% of Asians — and even a third of Hispanics. It won in every county of California except San Francisco. In heavily Latino Los Angeles County, Proposition 187 passed by a 12-point margin.

Liberals said: No problem, we’ll take the case to a left-wing, Carter-appointed federal judge who will overturn the will of the voters! District Court Judge Mariana Pfaelzer held that the perfectly constitutional law was “unconstitutional” and, today, California taxpayers are forced to spend billions of dollars on food, housing, education, health care and prison cells for illegal immigrants.

In 2008, Californians voted against gay marriage. Again, this was California — not South Carolina — and voters decided, 52% to 48%, that “marriage” is not between a mailbox and a chimpanzee, a rhododendron and refrigerator, but only between a man and woman.
Liberals said to themselves: No problem. We’ll just find a gay district court judge to overturn the vote. This will be a piece of cake.

They also said, not only are we going to reverse the vote, but we will name and shame the people on the other side (except African Americans, who voted overwhelmingly for Proposition 8, much to the embarrassment of progressives). People found to have donated to the marriage initiative would be driven out of their jobs, fired from high-tech firms they founded, and chased from Mexican restaurants.
Apparently, everyone born in the last 5,000 years, right up until June 26, 2015, was a hateful bigot.

All of these democratically achieved results were met with rage, insults, prejudice — and often a court overturning the vote.
This culminated in 2016, when Americans decided to make an utterly preposterous candidate not a mayor or congressman, not even a governor, but president of the United States based on his promise to deport illegal aliens and build a wall.

We know how that turned out. (Don’t weep for Brexit voters. Britons have only been waiting three years to get what they voted for. We’ve been waiting decades.)

It’s not the underlying issue in any of these examples that’s the problem — it’s the flouting of the democratic process. I’m not saying: We trusted you and got a bad result. I am saying: We trusted you, but you abandoned the Constitution and the law to get the result that you could not win honestly.

At least we still have our common sense! Surely, we can count on the next generation to believe in free speech down to the marrow of their bones. They clearly understand that college campuses, whatever else they are, must always be bastions of open inquiry and far-reaching debate. They obviously recognize the wisdom and majesty of the Constitution’s Electoral College.

Nope! None of that is true.

Actress Debra Messing is collecting names of Trump supporters for a new Hollywood blacklist. Armed and masked left-wing brown-shirts patrol the streets of Portland, Oregon, beating up suspected Trump supporters. I tweet, “It’s a nice day,” and 2,000 people respond that they hope I will die.

We’re dealing with people who are not honest brokers.cWe can no longer have any expectation of good faith, sound process or common sense.

In this environment, it’s preposterous to believe that we can start putting asterisks on the Second Amendment and hope that it will survive.

We can’t entrust our liberties to your dirty hands.