We Are All Mongrels 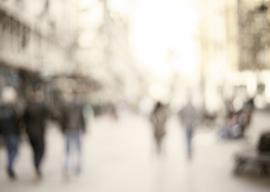 Byron Rogers, a journalist whose work I always enjoy, has a nice story about some discovery relating perhaps to King Arthur that spawned a conference that caught the attention of the editor of one of our tabloids. A journalist was dispatched to cover it and asked Rogers what it was all about. “Well,” Rogers said, “you should know that King Arthur, assuming he existed, was fighting immigrants.” “Terrific,” the hack said, “my editor will love that.” “Only,” Rogers said, “Arthur was Welsh and the immigrants he was fighting against were the English.” “Oh, shit,” was the natural response.

Well, it was all a long time ago, but the story or conversation is instructive. It is not only the USA that is a country of immigrants. We all have ancestors who came from elsewhere. In 1320 my own people, the Scots, claimed in the Declaration of Arbroath (a letter addressed to the Pope) that they had journeyed to what became Scotland by way of Egypt, Spain, and Ireland. (The fact that almost all the signatories had Norman-French names suggests that they were what we should now call New Scots.) Since the putative or imaginary journey from Egypt we have, of course, absorbed all sorts of incomers or immigrants: Anglo-Saxons, Norsemen, Bretons, Norman-French, Flemings (from Flanders), Dutch, Germans, French Huguenots, Irish, Jews, Italians, Lithuanians, Poles, Pakistanis, Indians, Africans, Arabs, and, naturally, in considerable numbers, English. I”ve probably omitted a few, but the point is clear. National or racial purity is nonsense; we are all mongrels.

One of the more interesting British intellectuals, David Goodhart, founder of the magazine Prospect, for which I wrote occasionally in its early days when he was editor, has just published a book, The Road to Somewhere: The Populist Revolt and the Future of Politics, provoked, in part at least, by the Brexit vote. He identifies two recognizable tribes in modern Britain: the cosmopolitan and urban “Anywheres” and the more deeply rooted “Somewheres,” who live in the country, small towns, and poorer parts of cities. He calculates that about 20 percent of the British are “Anywheres,” 50 percent “Somewheres,” and the rest”about a third of the population”are “Inbetweeners.” The Somewheres and a number of Inbetweeners provided the majority for Brexit. They resent the footloose Anywheres, and their resentment was given expression by our prime minister, Theresa May, when she said that if you claim to be a “citizen of the world,” you are a “citizen of nowhere.”

She exaggerates, of course. Only a small percentage of very rich Anywheres are that footloose. Nevertheless Goodhart’s analysis makes good sense, or quite good sense. The more deeply rooted people are, the more they are likely to resent incomers and to be suspicious of those whose culture is different, whose arrival is disturbing or disruptive. There’s truth in the observation that for well-to-do Anywheres immigration has meant a wider choice of ethnic restaurants and a greater availability of nannies, while for many Somewheres it means competition for jobs, competitive”that’s to say, lower”wages, and competition also for housing and access to public services. Of course, in time immigrants usually assimilate, and many will themselves become Somewheres. Mixed marriage between members of immigrant and established home communities accelerates this process. The invading Anglo-Saxons didn”t kill all the Welsh (Britons) or drive them into Wales; instead they married some of them, as DNA studies have shown.

I suspect that Goodhart’s classification is a fair summary of how things are in the United Kingdom today, but it is also inevitably a broad-brush one. It would be interesting to see a breakdown by age. This might present a different picture. My guess is that it would show that the majority of under-40s, certainly under-30s, are either Anywheres or Inbetweeners, and that in cities and large towns this majority would be a large one. There are probably a great number of middle-aged and elderly people who have no friends or even acquaintances from ethnic minorities, but there will be far fewer such people among the young; they have, after all, mostly shared classrooms and played sport with children from immigrant families. Sport indeed makes Anywheres or Inbetweeners of those who would otherwise be Somewheres. Indeed it does so even if you are only a spectator or fan because you identify with the stars of your team or with Olympic medalists whatever their background, wherever they come from.