We Don’t Airbrush, We Photoshop 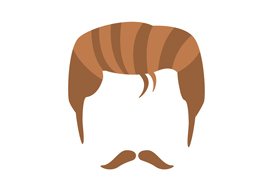 The most amusing aspect of the impressive, if not particularly comic, new comedy The Death of Stalin is that Jeffrey Tambor (Arrested Development), who earns most of the film’s laughs as Malenkov, the Soviet dictator’s sad-sack nominal successor, saw his face Photoshopped out of the movie’s poster for #MeToo reasons.

Ironically, one of Malenkov’s first acts upon achieving nominal supremacy after Stalin’s demise in March 1953 was to have Pravda publish a clumsily airbrushed photo of himself with Stalin and Mao from which he’d excised all his colleagues, such as Khrushchev, Beria, and Molotov. But Malenkov had overlooked that Stalin didn’t memory hole his rivals until after he’d killed them (nobody loved murdering Communists more than the arch-Communist Stalin), while Malenkov’s peers were alive.

The Death of Stalin is the latest satire about foulmouthed political staffers from Italo-Scot Armando Iannucci, creator of The Thick of It, In the Loop, and Veep (which is basically Elaine from Seinfeld as the first female vice president). In Iannucci’s works, craven underlings stab one another in the back over great questions of state and, more urgently, over who gets the best parking place.

The Death of Stalin is sort of like the old HBO Larry Sanders Show, if Larry (Garry Shandling) had keeled over and his hapless sidekick Hank (Tambor) and masterful producer Artie (Rip Torn) have gone to war over who would take over.

“The Death of Stalin is the blackest of Iannucci’s black comedies, since the insecure nitwit henchmen are also mass murderers.”

More persuasively, Iannucci is extremely adept at his genre. I could follow the rapid-fire references to largely forgotten historical events better than I expected.

On the other hand, Iannucci has been making the exact same type of television shows and movies for a dozen years now, so as brilliant as he is at what he does, the novelty has worn off.

The Death of Stalin is the blackest of Iannucci’s black comedies, since the insecure nitwit henchmen are also mass murderers. The only admirable character in the movie is the great pianist Maria Yudina, whose Christian faith inspires in her a disdain for the Communists so fearless that Stalin is more amused than angered.

The movie’s villain is Beria, the rapist secret policeman with a stratospheric IQ, who is played by West End stage star Simon Russell Beale in the manner of Sidney Greenstreet as the Fat Man in The Maltese Falcon.

Michael Palin does Molotov as a Monty Python sketch about Stockholm syndrome: Molotov is sincerely horrified by any criticism of Stalin, despite his boss having had his wife locked up since 1948 for having been Israeli ambassador Golda Meir’s classmate.

Jason Isaacs, the captain on the latest Star Trek series, plays General Zhukov, the conqueror of Berlin, who combines war-hero heartiness with the contempt for politicians of Malcolm Tucker on The Thick of It.

The most likable Politburo member is Steve Buscemi’s Khrushchev, which is as if Mr. Pink were the nicest guy in Reservoir Dogs.

Note that these actors were hired for their skill at rapidly delivering the dialogue rather than for their ability to impersonate the historical figures in the way Gary Oldman disappeared into Churchill in Darkest Hour.

Beria, for example, looked more like Putin than Greenstreet’s Gutman. Khrushchev was famously a country boy, while the Brooklyn-born Buscemi was once a New York City fireman.

Nor are the actors’ accents helpful in understanding the evil empire’s complex ethnic politics. Old Hollywood Bible epics were cast so that the Roman senators were played by Oxbridge toffs and the Roman centurions by cockneys, while the Hebrews were American. This let the audience keep track of who’s who.

The Soviet Union began as a sort of Coalition of the Fringes united against its Russian core, but over time, especially when the Nazis attacked, the Kremlin had to allow Russians to have more of a role. But Iannucci lets his actors use whichever accents they’re most comfortable with, so there’s nothing to communicate that, say, Stalin and Beria were both Georgians from Asia. Malenkov is portrayed by Tambor with his tentative, uptalking California accent, while Zhukov is depicted by Isaac as a blunt Yorkshireman.

In general, it has not proved easy to make comedies involving Stalin, due to the oppressiveness of his paranoia. Hitler murdered more of his enemies, but nobody hated his followers more than Stalin did.

Perhaps the only way to make a funny movie about Stalin would be to recognize that Stalin was himself, in his horrible way, quite funny. Paul Johnson observed, “Black humor always jostled with monomania for possession of the cavity in Stalin’s spirit.” He saw himself as the second coming of Ivan the Terrible, who was an important literary contributor to early Russian satirical prose with his cruelly ironic epistles to his victims.

We’ve been propagandized by Trotskyites into assuming Stalin’s dullness and mediocrity. But Trotsky expired in Mexico of too much ice pick, while Stalin died on his couch in Moscow at age 74 of seemingly natural causes.

Yet, Stalin’s courtiers were strikingly slow to call a doctor when he suffered a stroke. Iannucci portrays this as due to the insiders being inept cowards. The longer they dithered, the more they feared that Stalin would recover without them and have their necks for not getting him immediate care.

An alternative conception is that Stalin was poisoned with blood thinner by one or more of his comrades, with Beria being the usual suspect. This may sound like a conspiracy theory, but Stalin’s Soviet Union was one giant set of conspiracies.