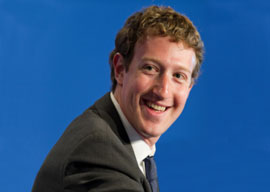 Hope, our grandmothers told us, makes a good breakfast, but a poor supper. My guess is that where hope for convergence of the races in America is concerned, it’s around 6 p.m. on that schema. Not suppertime yet, but it”ll soon be getting dark.

This gloomy thought was inspired by a couple of news stories.

First story, from the New York Post, May 11. Headline: “Huntley to be released as other politicians await probe fallout.” That would be Shirley Huntley, formerly a New York State Senator, currently finishing up a one-year term in the federal pen for having looted a nonprofit to which she”d been funneling state taxpayers” money.

So what’s the news? Well, as part of the plea deal, Ms. Huntley secretly recorded conversations with other legislators and staffers.  Nine of their names are known.  One of the nine, New York City Councilman Ruben Wills, was arrested last week.

Not to keep you in suspense here, readers, I”ve made a little picture gallery of the nine: kindly click on this link. Not all have been indicted; you can read their current investigatory statuses at the New York Post story.

Of the ten people in this story”Ms. Huntley plus the gallery nine”not one is non-Hispanic white. Melvin Lowe (top right in the gallery) looks white, but he’s passing: When former Yonkers Councilperson Patricia McDow was asked about an encounter with him back in 2008, “McDow said she had assumed that Lowe had been assigned to lobby her because they are both black.”

Non-Hispanic whites are 58 percent of New York State’s population. If you were to pick ten New Yorkers at random, the probability of none of them being non-Hispanic white is 0.017802 percent, or about one in six thousand. I think I spot a disproportion.

These things are not hard to spot, at least for those of us who have not yet had the corrective brain chip implanted by the Anti-Noticing Patrols. I spotted this one as soon as I started paying attention to New York politics back in the 1980s. It was a list item in my infamous 2012 column, the one that had all the ladies reaching for their smelling salts:

(10g) Before voting for a black politician, scrutinize his/her character much more carefully than you would a white.

You may say that corruption in state and municipal politics is a fine old American tradition, long practiced by white pols. True enough; but some improvement would be nice. Was nice: Boss Tweed died in 1878, Thos. Pendergast in 1945, James Curley in 1958. Things got better in the middle 20th century; now they”re slipping back.

There is also a disconnect between the high moral tone of the Civil Rights Movement, which opened political doors to blacks, and the dismal standards of behavior on display here.

The Civil Rights leaders of fifty years ago were supposed to be moral fuglemen, leading us upward to new heights of justice and equality. If the power-holders they ushered in are, in fact, just another gang of sleazy pols taking thick brown envelopes from property developers, was our journey really necessary? How is it moral progress to pass from “We shall overcome!” to: “Hey, your people looted the public fisc, now it’s our turn”?

The second of my stories is a very long”nearly 12,000 words”piece of reportage by Dale Russakoff in the May 19th New Yorker. The title is “Schooled,” and the topic is the school system of Newark, New Jersey.

It starts in a major key, with the then-mayor of Newark, Cory Booker, and the governor-elect of New Jersey, Chris Christie, riding around one of the city’s distressed neighborhoods in an SUV four and a half years ago.