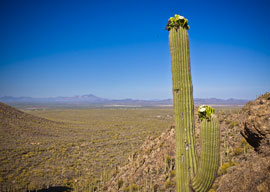 An article of faith has many first drafts.

We struggle to find a manner to say what must be said while saying it within the law.

We know legal sanctioning of the illegal invasion cannot be permitted to occur. We know there is no benefit to Americans of any kind from being overrun by Mexicans. We know unless something drastic is done immediately, this treason ripe in Congress for so long will soon bear its poisonous fruit.

Most of us now realize that both political parties are corrupt to their core and little distinguished by their platforms. A significant portion of us knows that all publishing, broadcast, newsprint, and to a large degree electronic content is owned by a handful of companies whose interests are hostile to ours.

We are sometimes shocked, given the gravity of the situation, that there is such pervasive media suppression. Yet we suspect the reasons are that there stands a minority president who hates the majority of the people in cohort with a minority media that wholeheartedly assents in that sentiment. We also know both are impermissible to state publicly, which is why much of the public is blissfully unaware of impending doom.

“We hate no one because of who they are; we only hate the fact they are here.”

We know that now, unlike previous attempts by traitors to rend America asunder, there is no natural constituency of defense. Traditional Americans, Christians, heterosexuals, intellectuals, environmentalists, Southerners, blue-collar workers, flyover citizens, and patriots have all been demonized until they are often afraid to speak freely among themselves or even in their own homes.

We understand that amnesty Republicans are in the service of the money power, amnesty Democrats are fronts of the racial-socialist vanguard, and amnesty libertarians salivate over a utopian fantasy which has never and will never materialize.

We comprehend that “conservative” outlets are owned by those who simultaneously program smut and lasciviousness. We grasp that “progressive” outlets are controlled by those who concurrently produce all manner of corporate refuse. We see any outsider, whether he or whether she be in exact sympathy us or not, is immediately denounced and disqualified from obtaining the means to affect change benefiting ordinary citizens with whom they inherently empathize.

We know even if we have no specialized knowledge of economics that 30 million poor, ignorant, disease-ridden, violence-prone vandals cannot enhance a failing economy, but they can destroy it.

We appreciate the basic truth that with every new person admitted to the table of state is one less slice of pie for everyone else; especially so if that unwanted intruder arrives half-starved and willing to stab the nearest tablemate without even doing us the courtesy of bringing anything to the feast.

We see our share of the whole being diminished before our eyes, our hard-earned bread meted out to the less deserving and oftentimes the wholly undeserving.

We hate no one because of who they are; we only hate the fact they are here. We do not believe it is “racist,” “bigotry,” or “nativism” to believe in the tried and true maxim that “Charity begins at home and with one’s own.” We realize that “America is a nation of immigrants,” yet we remember most of those immigrants arrived when half the continent was largely uninhabited. We realize that times change.