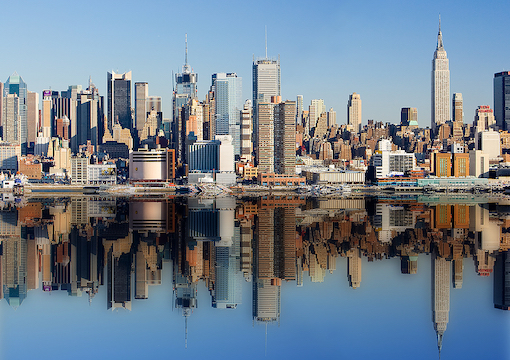 New York, New York, once a wonderful town
The people are crap and the mayor’s a clown
The only safe space is a hole in the ground…

NEW YORK—I could go on, but why be so negative? Arriving from bucolic Switzerland, Newark feels like Katanga circa 1960. If this isn’t a third-world-country airport, I don’t know what is. Newark is known as the murder capital of America, but it’s not PC to mention it because Newark is 90 percent black. My driver tells me I’m lucky that the virus is keeping people away, otherwise it would take at least three hours just to get through customs. There are no electric signs working to indicate which terminal our luggage is off-loading from, so some very old people have to hike a mile or two to locate them. The airport itself looks as grubby, shabby, and worn as anything the Congo or Burkina Faso can come up with. I’m in a so-so mood, however, as I was the only sucker in first class and drank two bottles of good Swiss red that helped me relax. The Airbus was one-third full, if that. But the wily Swiss were not going full-out trying to save on fuel, and although they denied it, the trip took nine and some hours from Zurich to Katanga. The alternative is to fly private, and 300,000 smackers.

When the Dominican strongman Rafael Trujillo was assassinated back in the early ’60s, my friend and mentor Porfirio Rubirosa chartered a Boeing 707 to fly the dictator’s two sons and himself to Ciudad Trujillo, as the capital was then called. He paid $28,000 for the round trip. (I liked the idea that Trujillo named the capital after himself. The old boy had just had a quickie with his young Pepita but nevertheless emerged mortally wounded from his car and shot one of his assassins. At least he died like a man and with his boots on.) Ruby later told me it was a waste, both the trip and the money. The two sons were soft and did not want to crack heads so they ended up playboys in Spain. Ramfis even lost his beautiful girl to the great skier Jean-Claude Killy, a triple Olympic champion and a good friend of mine back then.

“The more the diversity the more the conflict, or so the woke folk don’t tell me.”

Now where was I? Newark, or is it the Congo? My driver is an Argie and very nice. He lives in Queens and tells me that there’s a war going on there also. This time it pits the Hasidic community against the fuzz. Orthodox Jews are clashing with cops because the former refuse to wear masks and distance themselves from each other. The maskless Hasidic crowd “brutally assaulted a Jewish photographer and called him a Nazi and Hitler while chasing him.” The White House put out a statement: “We are a community and no group lives in isolation. The Hasidic community needs to understand they’re within the United States and what we need to do is think of others.” Go tell that to the Palestinians in the West Bank, says I, where the settlers consider the locals as Nazis who are trespassing on Holy Land. I’m no fan of the Hasidic, but while rioting in the Bagel they didn’t destroy homes and loot businesses. They were fined for setting fires in the street, whereas Biden’s “peaceful protesters” destroyed and looted the city and were praised.

Never mind. The more the diversity the more the conflict, or so the woke folk don’t tell me. This is no longer one nation and one people, but a land divided by race, culture, and politics. It started in the ’60s, with the dispatching of young Americans to far-off places by an entrenched liberal establishment to save people from communism. The hypocritical establishment then doubled down with social engineering: White ethnic communities that had nothing to do with slavery—Poles, Italians, Germans, Irish—were forced to achieve racial integration. It was called busing. Once again, the white lower classes paid the piper. Thirty or forty years later in Iraq and Afghanistan, American exceptionalism proved yet again to be a farce, a phony, preposterous joke of the entrenched establishment.

I think of all this as it’s very late at night and I’m being driven through very empty streets and boulevards. Broadway is dark, old favorite hangouts long gone. “What should be the limit of identity politics?” I ask my driver. He looks confused. He left Argentina when General Videla was in power; that was sometime in the ’70s. He calls New York home. Unlike me, I don’t think he’s fond of dictators. “We won the World Cup with Videla in power,” he says rather proudly. It all comes down to the plebeian love of football. Socrates the footballer is far better known in South America than the Socrates we Greeks put to death for corrupting young minds.

Park Avenue, where I live, looks like an Israeli religious complex on Yom Kippur. Even the doormen are inside behind locked doors. The next morning I read in the Post that seven people were shot during the day of my arrival. One was shot for his backpack. Not a word about this in the degenerate Times as all the perpetrators and the victims are black. While pandering to so-called minorities, the two most useless governor and mayor ever have done away with bail and pretrial detention, turning the Bagel into a criminal paradise.