Welcome to the Circus

Life is a circus, and we pundits are the ringmasters, and so, as we segue into the weekend, let’s take a look at what the clowns are up to ….

The Prosecution Rests —In a new report issued by Physicians for Human Rights,  Maj. Gen. Antonio Taguba—the officer in charge of the Abu Ghraib investigation—writes: “

“After years of disclosures by government investigations, media accounts and reports from human rights organizations, there is no longer any doubt as to whether the current administration has committed war crimes. The only question that remains to be answered is whether those who ordered the use of torture will be held to account.”

“The commander in chief and those under him authorized a systematic regime of torture,” Taguba, now retired, wrote, a regime that utilized “beatings, electrical shocks, sexual humiliation and other cruel practices.” 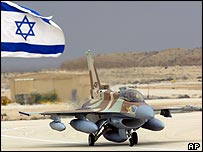 Tick, tick, tick …. If the US doesn’t strike Iran before GWB’s term is up, then the Israelis seem more than ready to do so, as the New York Times reports:

“Israel carried out a major military exercise earlier this month that American officials say appeared to be a rehearsal for a potential bombing attack on Iran’s nuclear facilities. Several American officials said the Israeli exercise appeared to be an effort to develop the military’s capacity to carry out long-range strikes and to demonstrate the seriousness with which Israel views Iran’s nuclear program.”

Over 100 Israeli F-16 and F-15 fighters flew over Greece, in early June, in a demonstration of Israeli military might, in what is clearly a threat to strike at Iran. And don’t say I didn’t warn you …. 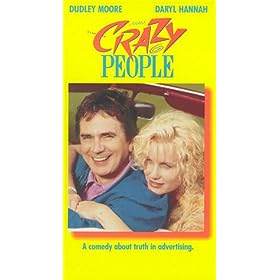 Quote of the Day—Commenting on the news that Western oil companies are preparing to re-enter the Iraqi oil market with a brace of no-bid contracts, Matt Yglesias writes in The Atlantic blog:

“I think the evidence is clear that the Bush administration went to war in Iraq because it’s run by crazy people. The oil money more plausibly comes into play in explaining the desire to stay at war forever.” 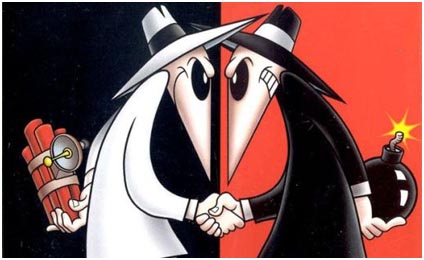 Department of Greymail —Three years after the AIPAC spy case was made public, and three people—former Pentagon analyst Larry Franklin, AIPAC top lobbyist Steve Rosen, and Keith Weissman, AIPAC’s Iran specialist—were indicted, the case drags on without getting to trial. The latest: the government loses a rare appeal on the admissability of top-secret evidence. The defense strategy is to get the government to drop the case for fear of exposing US secrets to public view. Whether this case will ever go to trial is now an open question ….

The Stewart Threat—Martha Stewart was refused entry to the UK the other day, on the grounds that she’s a dangerous felon: her conviction for a crime that nobody can really figure out kept her out of the Queen’s domain, and she was put on the next flight back to the US. That was a close call, and I’m glad Merrie Olde England has been saved from the Stewart Threat, i.e. potpourri pillows and recipes for homemade Apple tarts. Now if only they’d do something about these guys ….

Welcome to the Circus —Every presidential election in the US has that circus feel to it, but it’s a little early for things to get this crazy, to wit: the accusations of “Larry Sinclair, a gay man from Minnesota who alleges he snorted cocaine and had sex with the Democratic nominee,” as the Sydney Morning Herald reports:

“His allegations have been sloshing around on the internet for six months, ever since he posted a YouTube video. But after he took a polygraph test and failed, he has struggled to get mainstream media interest in a story he said began in the back of a limousine in Chicago in 1999.

“On Wednesday Sinclair booked a room at the National Press Club to produce the evidence and try to capture the national spotlight for his claims. But he spent much of the time answering questions about himself. He has what is called a colourful background: a 27-year criminal career which includes convictions for fraud, forging cheques, and stealing credit card numbers.

“Sinclair was accompanied by his kilt-clad lawyer, Montgomery Blair Sibley. Sibley has had his own problems: a Florida court struck him off for vexatious litigation, most of it directed against his former wife. ‘I don’t mean to be impudent,’ said one reporter, ‘but why are you wearing a kilt?’ Sibley explained: ‘It has to do with genitalia. If you are on the smaller side, then pants are not uncomfortable.’ As for the evidence, it was scant….”

My favorite line: “Sibley has his own problems.”