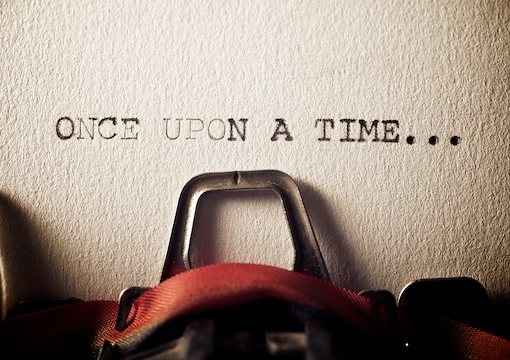 While waiting for a car at Union Station last Thursday night, I was treated to a giant TV screen playing Christine Blasey Ford’s testimony from last year against then-nominee Brett Kavanaugh — now Supreme Court Justice Brett Kavanaugh. The display had been arranged by feminists to protest the justice’s speech to a Federalist Society dinner inside the station.

Thanks for the memories! I’ve been meaning to mention that Kavanaugh’s opponents are inveterate liars, who cannot be trusted to tell the truth about anything. This was just the nudge I needed!

Today, we’ll cover some of the left’s lies about “white privilege.” (More to come in a future column.)

In their now discredited book, The Education of Brett Kavanaugh, Robin Pogrebin and Kate Kelly describe a mythical Yale University of the 1980s, teaming with rich preppies swatting down humble Puerto Ricans with their polo mallets.

The humble Puerto Rican in question is Debbie Ramirez, who didn’t remember what Kavanaugh had done to her for more than 30 years, until he was nominated to the Supreme Court, after which she spent “six days of carefully assessing her memories and consulting with her attorney,” as The New Yorker put it.

“The authors seem to have settled on their hard-luck story about Ramirez and then deployed adjectives to make the facts fit.”

That doesn’t sound like much of an accusation, but liberals have a better method of deciding the truth:

Using this abacus, the authors set out to prove that Ramirez is pure as the driven snow (except snow is bad because it’s white), and Kavanaugh is lower than pond scum.

Ramirez is depicted as a plucky ingenue from humble beginnings, who’d been thrown into a maelstrom of preppies at Yale. “[S]he often felt,” Pogrebin and Kelly write, “insufficiently rich, experienced or savvy to mingle with her more privileged classmates.”

Outside of a Hollywood movie set, no living American would recognize the place described by the authors. Does Yale have any WASPs anymore?

As proof of Ramirez’s meager beginnings, the authors note that, “In the summer, she worked at Carvel dishing ice cream.”

Wow, that is a hard-knocks story!

By contrast, with his heaping hunks of white privilege, Kavanaugh luxuriated in mowing lawns in the summer. Pushing a 100-pound, thundering machine around for hours in the sweltering Virginia heat is obviously far preferable to scooping ice cream at an air-conditioned Carvel stand.

In Ramirez’s “working class” town, she “enjoyed simple pleasures like swimming in their above-ground pool, taking camping trips and riding behind her father on his snowmobile.”

Suspicious of Pogrebin and Kelly’s description of Shelton, Connecticut, as “working class” — despite the above-ground pool, parks and snowmobiles — I looked up a New York Times column from 1986, “You’re Thinking of Living in Shelton,” which is about the time Ramirez would have been at Yale.

Start with the fact that Shelton was zoned for single-family homes on one acre or more. Not only that, but the town had its own tennis courts, a golf course, “hills, woods, fields, lakes and streams,” as reported by the Times.

Another crucial fact cited by Pogrebin and Kelly to buck up their Poor Little Puerto Rican story was this: Ramirez had to take out student loans. BREAKING: In 1987, so did half of all college students in America. (Apparently, the authors did not, inasmuch as they treat student loans as evidence of grinding poverty.)

The authors seem to have settled on their hard-luck story about Ramirez and then deployed adjectives to make the facts fit. A liberal sprinkling of words like “elite,” “privileged” and “working-class,” and — voila! — we have Dan Aykroyd and Eddie Murphy in “Trading Places.” Or as The New York Times headlined an excerpt of the book: “Brett Kavanaugh Fit In With the Privileged Kids. She Did Not.”

The actual facts reveal that Kavanaugh and Ramirez come from quite similar middle-class homes. Maybe I’ll give you: “solid middle class” vs. “slightly-upper middle class.”

What are we to make of authors with so little comprehension of the very facts they are reporting?

It’s getting to the point that the only purpose of the establishment media is to alert us that there’s a story about something. You see a headline “Carnage in Las Vegas” or “How Voters Turned Virginia From Deep Red to Solid Blue,” and think to yourself, Oh, I’ll have to look that up from a fairer source.

No wonder the social media companies are so hellbent on purging conservatives from the internet.