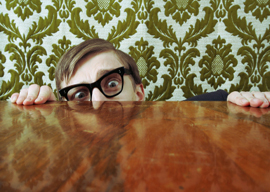 Lifelong morbidly obese bitchy lesbian Roger Ebert apparently dismantled the presumably elaborate series of pulleys and harnesses that enable him to orally service his adiposely domineering, melanin-drenched wife in order to run that half-a-mouth of his about how “Women Are Better Than Men.” Amazingly, Ebert became privy to this startling epiphany while watching a movie about how women are better than men. Ebert, who was apparently born without male hormones, decried “testosterone.” He intimated that men, at least the brawny ones, are as obsolete as farm animals and that women will be better suited to take command of “our emerging world economy”:

Women are nicer than men. And the sooner more of them take positions of power, the better our chances as a species.

Ebert’s verbal genuflection before the Giant Invisible Goddess Vulva is nothing new. Nor was it as cringeworthy as other recent spectacles of public male self-neutering such as the unconsciously hysterical, vagina-dessiccating “Dear Woman“ video compiled by a group of ex-men offering “a collective apology on behalf of their gender.” It wasn”t as abjectly self-deballing as the recent trend of progressive boy hamsters holding “I Am a Feminist Because…“ placards in what appear to be last-ditch attempts to get laid. It is merely the latest example in a decades-long tradition of men taking pride in taking shame in being men.

The second male scribe to fire a flaming Roman candle into his own crotch last week was the profoundly unhandsome sci-fi writer John Scalzi, who apparently attracts legions of profoundly unhandsome fans who could pass for the bastard sons of Roger Ebert, all of them swinging their flaccid lightsabers of righteous self-abnegation in agreement. Scalzi, who claims he’s in the process of writing a video game, used his undoubtedly well-manicured fingers to peck out an essay called “Straight White Male: The Lowest Difficulty Setting There Is.” Since he apparently spends much of his life lost amid fantasies, he likened American social hierarchies to a video game where being born a white male makes the game easier than it is for anyone else.

Rounding out last week’s triumvirate of white-male auto-castrati was HuffPo contributor Bob Cesca, who not only acknowledged a media double standard when it comes to reporting interracial violence”he defended it! He insisted that the double standard “has to remain””his italics”to help dismantle “the white-dominated American power structure” until that day in the distant future when we finally reach “full equality.” Despite the mountains of narrative-subverting evidence that has leaked out in the Trayvon Martin case in recent weeks, Cesca still says that he and other sensitive white males “can understand why African American activists like Al Sharpton and others are outraged.” Apparently he can also understand how Sharpton still retains a pinkie-fingernail’s worth of credibility after Tawana Brawley, the Duke Lacrosse scandal, the Crown Heights riots, the Jena 6, and now the Trayvon case, because I don”t understand it at all.

Many modern white males appear to have been culturally conditioned to fit themselves with electric dog collars that deliver sharp, painful jolts when they so much as think of offending anyone who isn”t a white male. And somehow they seem to see this as noble and brave rather than fearful and compliant. But these self-flagellating public displays are reminiscent of the magical thinking in what I once diagnosed as “Passover Syndrome“”it’s as if by declaring that they share in an unpaid collective debt, maybe they can emerge unscathed without having to sacrifice anything tangible beyond their basic dignity.

“I am a privileged white male; that is simply a fact.”

“I am a formerly clueless privileged white male, who has taken advantage of my privilege….I’m pathetic.”

“I am a privileged white male Westerner who is not, and never will be, personally affected by this use of colonizing language….”

“I am a privileged white male…and so I ask the viewer to laugh at me laughing at myself.”